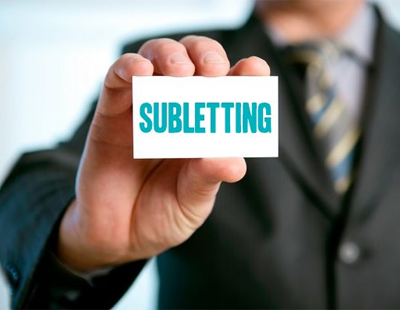 A survey of tenants suggests around one in nine private sector tenants sublet their propertiers, and almost half of those do so behind the backs of their landlords.

Overall, the findings show that around a third (32 per cent) of tenants have approached their landlord about subletting their property, with a fifth (22 per cent) of requests being permitted by the landlord.

The findings come as the government recently announced proposals to introduce minimum room sizes in order to crack down on problems with private rented accommodation such as unauthorised sub-letting, which often results in overcrowded and cramped properties.

“This isn’t something apparently harmless, like putting your flat on AirBnB while you are on holiday. We are talking about individuals looking to deceive their landlord and maximise their personal gains at the expense of proper property management standards and the risk of others. It not only increases the cost of renting for the unwitting sub-tenants, it affects their rights and can reduce security of tenure” warns Carolyn Uphill, NLA chairman.

“Sub-letting can also breach a landlord’s mortgage terms, the conditions attached to licenses granted for letting out shared homes, and invalidate existing insurance products so they must be aware of the problems it presents” she says.

A landlord guilty of breaching a planning enforcement notice has been...

Ban for landlord who let out sub-standard converted garage ...

It’s not been a happy Christmas for a Leicestershire landlord who...

Over half the private rental sector tenants on housing benefit have...