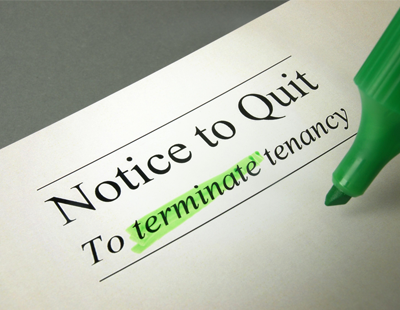 A landlord has been cautioned and has agreed to pay £1,000 compensation to a tenant, and pay £2,000 towards legal costs, after a local authority launched a successful prosecution following an illegal eviction.

The landlord - who cannot be named for legal reasons - admitted to unlawfully depriving a tenant of accommodation in Truro, Cornwall, following an investigation by the local council.

The tenant had been illegally evicted from a self-contained flat. It was found that she was deprived of her accommodation and that her belongings had been removed and left outside the address. The lock to the accommodation had also been changed.

The investigation also discovered that the self- contained flat was formerly a garage which had recently been converted into a separate dwelling without planning or building control consent being sought. Enforcement officers from the Cornwall Council’s planning and building control teams are pursuing those matters separately.

A landlord has been given a conditional discharge and a four-figure...

A landlord who admitted threatening violence against a tenant who left...

A landlord who left his tenant homeless after changing the locks...

A local authority has prosecuted a landlord for illegally evicting a...