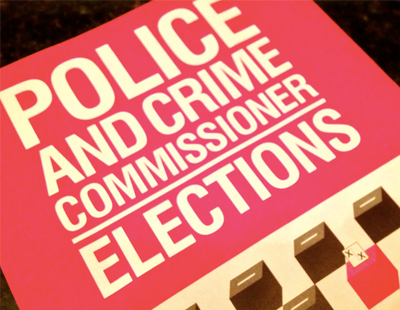 Fergus Wilson, the controversial buy to let guru who reportedly owns around 1,000 rental properties, is to stand for Police and Crime Commissioner in Kent.

Wilson made his announcement on Channel 4 that he would seek nomination for the post ahead of next year’s election in the county where his rental empire is based.

Wilson made a similar announcement ahead of the very first PCC elections in 2012 but eventually did not seek nomination. It is not known this time around whether he will stand as an independent or seek to win the backing of a political party.

His announcement on Channel 4 came in a discussion during which he strongly backed the introduction of Right To Rent immigration controls, suggesting that the UK in general and Kent in particular was no longer able to take more migrants.

Wilson - who last year allegedly suggested he was going to get rid of 200 families on benefits from his properties to replace them with east European migrants - was last summer ordered to pay £1,650 including £150 compensation to an estate agent in the Folkestone office of PLS (Property Lettings and Sales).

In a court hearing at the time Wilson admitted calling the agent a little s**t but denied hitting him, and claimed the agent accidentally fell off his swivel chair.

Fergus Wilson and his wife Judith are reported to have a property portfolio worth up to £200m, mostly achieved through buy-to-let investments. Some 280 of those properties were managed by PLS until late in 2012 and during 2013, when the professional relationship ended.

Lettings mogul Wilson weighs in on Right To Rent ...

Controversial buy to let property mogul Fergus Wilson has given his...

The couple believed to be the owners of Britain’s largest buy...

The so-called King and Queen of Buy To Let, the controversial...

Up to 90 S21 notices to be issued this week by controversial landlord ...

The man who is arguably Britain’s most controversial landlord - Fergus...