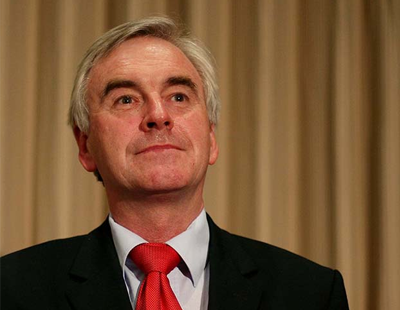 There has been a sharp and rapid rebuttal of comments made by new shadow chancellor John McDonnell suggesting that private sector rents are "exorbitant" and that buy to let landlords receive "billion pound tax breaks."

Within a few hours of McDonnell making his comments in his speech to Labour's annual conference, the Residential Landlords' Association set out its rebuttal to the shadow minister's allegations.

"Mr McDonnell failed to remind delegates that, in the words of Paul Johnson, director of the Institute for Fiscal Studies, 'rental property is taxed more heavily than owner occupied property'" says a statement from the RLA.

Johnson delivered his remarks on the taxes paid by the private rented sector during the IFS’s assessment of George Osborne's summer budget, delivered in July.

The RLA statement continues: "He [McDonnell] failed also to tell the conference that Labour’s own ministers in the Welsh Government have argued against rent controls as they reduce the quality of housing and stifle the supply of much needed new housing."

In February this year, the minister for communities and tackling poverty, Lesley Griffiths AM, told the Welsh Assembly that she could see how attractive rent controls may appear at first, but previous experience shows this leads to a reduction in quality housing as landlords and other investors reduce their spending in the sector.