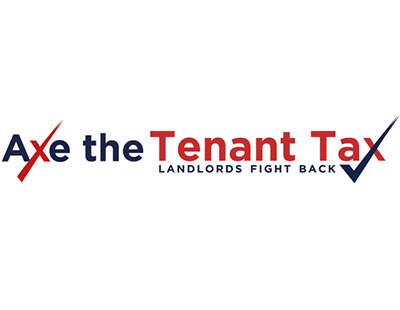 The landlords behind the failed attempt to seek a Judicial Review of legislation reducing the mortgage interest tax relief for landlords say they are now switching their efforts to political lobbying against the measure.

The case was brought by landlord Steve Bolton founder of Platinum Property Partners, and Chris Cooper, a fellow landlord and airline cabin crew member. The High Court yesterday ruled against a Judicial Review - a decision which left Bolton and Cooper describing themselves as “outraged.”

Now the pair say they are 100 per cent committed to continuing the fight through other means.

“We will be launching a range of lobbying, media and grass-roots activism measures over the coming days and weeks. We will also be encouraging all of our landlords to write to their tenants if they have to increase their rents or sell up, clearly explaining that it is this Conservative tax policy that has forced them into this situation“ they say.

The campaign against the measure - called Axe the Tenant Tax - has been crowdfunded and for yesterday’s case it hired Omnia Strategy LLP, led by Cherie Blair QC.

She argued that Section 24 was unlawful on the basis that the restriction on landlords’ ability to deduct finance costs as a business expense amd may constitute an unlawful grant of State aid to corporate landlords and owners of commercially let holiday homes and may also breach the European Convention on Human Rights.

In a separate statement, Cherie Blair said: “The court’s decision that our clients’ legal challenge should not proceed is very disappointing. Steve and Chris, and many others, have dedicated a lot of time and energy into putting forward the best case possible.  We know the case has been supported and followed with interest by a large number of individual landlords.  Many of these landlords now face challenging times ahead.”

She continued: “From the outset, the legal process was just one aspect of our clients’ fight against this unfair measure. Together with their impressive and growing coalition, they will continue to engage with the government, and the legal team wishes them every success.”

In court Blair described Section 24 as "manifestly unreasonable" with no evidence that landlords were effectively preventing first time buyers from purchasing homes - one of the reasons cited by former Chancellor George Osborne in his Budget in 2015 that introduced the mortgage interest tax relief change.

The campaign led by the landlords claimed individual buy to let investors would have to pay extra tax of 20 per cent or more of their mortgage interest payments. The tax they pay might be greater than their real profit, leaving them with a rental loss and a cash shortfall.

This tax would only have affected individuals who own rental properties in their own names, like the millions of small landlords in the UK. Companies owning buy to let property and wealthy cash investors were excluded from the tax.

Richard Lambert, chief executive of the National Landlords Association - which supported the action - said the decision was disappointing for landlords and tenants, who would now see their rents rise as a consequence of the changes to landlord taxation.

“While we have never been convinced that there was a solid enough legal case to overturn George Osborne’s decision, we hoped the Courts would be prepared at least to listen to the arguments. We congratulate Steve, Chris and the campaign team on their determination, perseverance, and their success in raising awareness and increasing the visibility and understanding of what will be a dramatic change to the ability of hard working people to provide homes for others” says Lambert.

“This issue has been the focus of the NLA’s lobbying for the past 15 months and, as the UK’s largest representative body for landlords, we are still committed to changing this damaging policy through political engagement and lobbying. We urge all landlords to join us in this fight.”

The attempt to seek a Judicial Review of legislation reducing the...

Key legal verdict on buy to let tax change to be delivered this week ...

The case made by two landlords to have a judicial review...

The two landlords campaigning to win a judicial review of George...