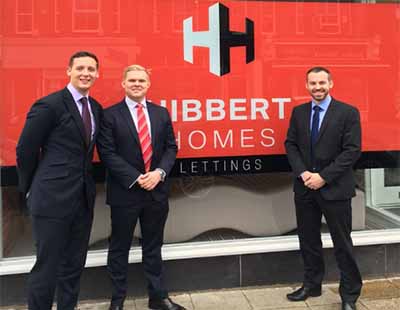 A fledgling estate agency has announced its entrance into the lettings market, despite the uncertainty currently surrounding the sector.

Hibbert Homes, which launched in 2012, is to open a new office in Hale, Cheshire after outgrowing its current premises.

The new office, situated on Hale High Street, was purchased for £500,000 with the support of an HSBC finance package.

The move has allowed Hibbert Homes to recruit four new members of staff and help the firm to realise its growth ambitions.

The agency, which now has eleven members of staff, was founded by business partners Adrian Hibbert and William Magdzinski and covers the Cheshire and South Manchester housing markets.

"We now have space to accommodate a much larger team, enabling us to expand in to the lettings side the market and win new business,” says Hibbert.

Belvoir back on the acquisition trail after securing funding ...

The UK’s largest franchise agency has secured funding which it will...

Acquisition allows agency to stay independent ahead of fees ban ...

An agency claims that the acquisition of a competitor’s lettings department...

Belvoir Cardiff has completed the acquisition of a management portfolio of...

HSBC says its unable to accept any new buy to let...