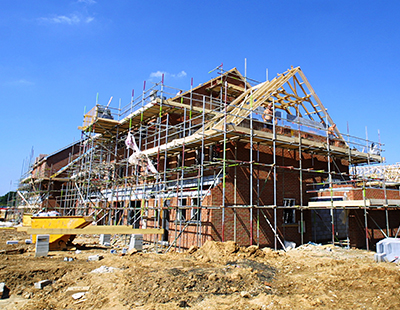 Developers of major London developments, including Battersea Power Station, may be considering 'downsizing' apartments that can't sell to make them more suitable for buy to let investors.

He says recent research suggests there are far more luxury flats being built in London than have sold historically, with the threat of over-supply looming large.

He says developers across London are now re-examining the final phases of many schemes that were expected to include three and four bedroom apartments and penthouses. They are apparentluy considering lowering the specifications or carving these larger apartments into one- and two-bedroom units.

Benham & Reeves Residential Lettings' statistics show that 49 per cent of all flats let across its 15 London offices have been two-bedroom units.

One-bedroom units constitute 22 per cent of all transactions, studios 11 per cent and the remaining 18 per cent are apartments and houses with three or more bedrooms. von Grundherr says these statistics are unsurprising when compared to  research from the Office for National Statistics in 2013 that showed that three per cent of rented households were occupied by just one person.

"The top end of the market was booming so naturally developers started building luxury properties. No block of flats was complete without one, two or three multi-million pound penthouses, not to mention other high end developments in prime areas where the starting price was £1m. Now that these properties are finally hitting the market, demand has dried up" he says.

“Secondly, this isn't Hong Kong or Manhattan. British families tend not to live in large apartments but in houses. Flats are for individuals, couples and downsizers. Even when we get a family asking for a larger property, they're often renting while they look for something to buy or while they're renovating their principle property" insists von Grundherr.

"Developers and especially planners need to recognise where the demand is. It's for smaller units that let more easily and these units are also the ones in demand by owner occupiers.”

There is no ‘buy-to-let famine’ in the capital, reports agent ...

George Osborne has done more for the rental market than any...

One of Britain’s most senior letting agency bosses is warning landlords...

A London letting agency is playing down the impact of Chancellor...