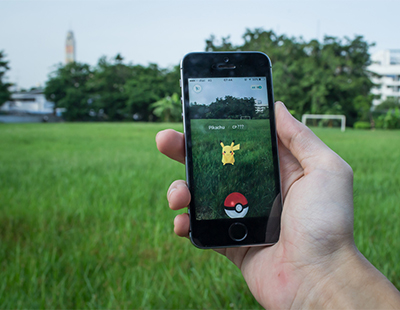 For he engineered a massive rise in interest for his Aberdeen flat after revealing a Pokemon Go gym can be accessed from the living room.

For people unfamiliar with the game - where have you been? - the concept is that users see Pokemon creatures transposed on real locations thanks to augmented reality technology. Players then go to the locations to battle with the creatures, with Pokemon gyms regarded as the most sought-after locations.

Now the Aberdeen Evening Express says Eric, from the city, advertised his one bed flat to let online, adding that the ‘gym’ can be accessed from the sofa, complete with a screenshot from the game.

“There was somebody last night that texted me specificially saying they’d like to see the flat with the Pokemon gym. We’ve set up an appointment. I was just looking for something to make the property stand out a bit more. It seems to have done the trick” he tells the paper.

Oil worker Eric has had his buy to let property for nine years and admits to playing the game himself. “My excuse is that I’ve got young kids” he says.

Call for open-ended renting with reduced rent for long-term tenancies ...

There should be open-ended tenancies with reduced rent for long-term contracts...

A former employee of Martin & Co has admitted operating a...