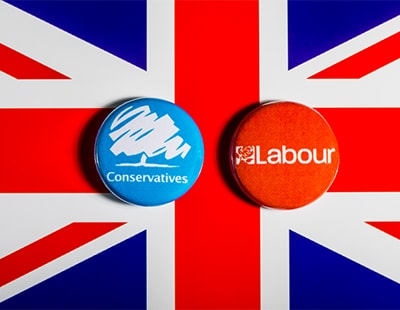 The top ten buy-to-let postcodes in England and Wales are evenly split between locations that voted for the Conservatives or Labour.

Luton has been identified as the best buy-to-let investment location across England and Wales, with an average yield of 4.54% and rental price growth of 7.37%.

According to LendInvest, which analyses data from Zoopla and the Land Registry to compile its Buy-to-Let Index, Stevenage is the best performing buy-to-let postcode out of areas that voted Conservative last week.

The Hertfordshire town has recorded capital gains of 11.64% and rental price growth of 7.5% over the last quarter.

According to the report, there is a clear correlation between Conservative-voting regions having high capital gains and regions with the highest rental yields voting Labour.

Romford, which has topped the ranking in previous editions, has fallen to tenth thanks to falling rental yields and capital gains.

Manchester, meanwhile, has broken into the top ten for the first time due to impressive rental price growth.

“Against a backdrop of all the political upheaval the country has endured in the last quarter, it isn’t surprising to see some significant changes in the performance of postcodes against one another," says Christian Faes, co-founder and chief executive of LendInvest.

“These shifts, however, are more isolated than systemic and the fact that there has not been a greater shakeup in the Top 10 buy-to-let postcodes signals the durability and resilience of the UK property market.”

The full data tables for the Buy-to-Let Index are below:

One-bed flats tipped for biggest rental growth over next 12 months ...

Landlords predict that one-bedroom flats will be the property type to...

Rightmove reveals top 10 rental growth areas over the past decade ...

Rightmove has revealed that the 10 year average growth in asking...