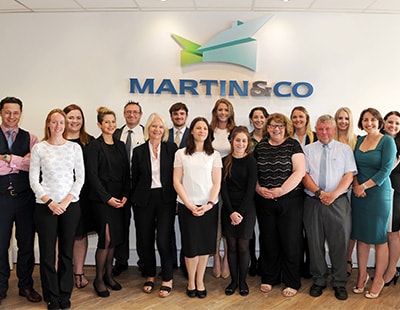 The Property Franchise Group has revealed that is has made one of its largest ever single office acquisitions.

Executive Lets, founded back in 1966, will be rebranded as Martin & Co and incorporated into the agency’s existing operation.

It means that Martin & Co Plymouth - purchased in 2015 by Chris and Merolyn Whitaker following 16 years serving in the Army’s Intelligence Corps - will more than quadruple the number of properties it has under management, and will see its team grow more than three-fold.

Penny Sanders, executive head of franchising for The Property Franchise Group, says it is unprecedented for a relative newcomer to the sector acquiring one of Plymouth’s largest and most established lettings agents.

Martin & Co is part of The Property Franchise Group PLC, which describes itself as the largest multi-brand lettings and estate agency franchising group in the UK managing over 48,000 tenanted properties. It has 185 offices across the UK.

A landlord from Plymouth has been sentenced after failing to maintain...