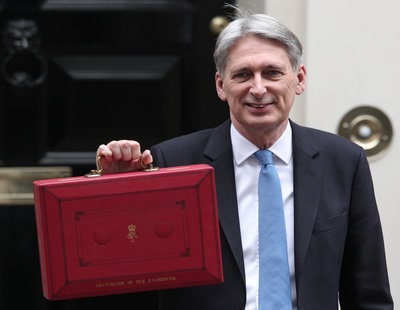 The agency industry has reacted in a broadly downbeat way at the relatively few housing-related proposals that were announced in yesterday’s Budget.

Jeremy Leaf, north London estate agent and a former RICS residential chairman, sees it this way: “Nothing has been done to improve low transaction levels, which is not just bad for the market but even worse for the wider economy. Given the rapid expansion of the private rented sector over the past few years, more support to Generation Rent would also have been welcome, such as sales of rental property to long-term tenants.”

In more specific terms, the key measures received these reactions:

Measure: Capital Gains Tax lettings relief is to be reformed. Lettings relief increases the gain sheltered from CGT when a taxpayer sells a property. From April 2020 lettings relief will only apply where the owner is in shared occupancy with the tenant - this may encourage more lodging in the same homes as owners but reduce the use of separate premises for short lets:

David Smith, policy director at the Residential Landlords Association, says: “With the demand for private rented housing rising whilst supply is shrinking, we needed pro-growth taxation measures to ensure that tenants have an adequate supply of housing to choose from. Despite being given innovative suggestions to protect tenants in their homes, encourage sale to tenants, and improve energy efficiency, we got a damp squib with little more than promises of further consultations.”

Prominent PropTech entrepreneur Neil Cobbold, chief operating officer at PayProp UK, adds: “It’s surprising that the government did not announce a more stringent clamp down on short term lets. This sector provides a great boost to the economy, but has grown rapidly in recent years and greatly affects the fortunes of the lettings sector, so it is arguably the right time for initial regulation. There has to be an equal tax footing for conventional landlords and those looking to let their homes on a short-term basis.”

Glynis Frew, chief executive of Hunters, says: “Of course the Chancellor could have gone even further, perhaps applying a similar idea to other rungs of the ladder. Why not look at last time buyers and the crucial role they play in activating the supply chain? They are often overlooked when it comes to housing policy.”

This is echoed by Paul Smith, chief executive of Haart: “Older homeowners make up a huge part of the government’s voters, and once again the Chancellor is leaving them behind. Releasing them from the burden of stamp duty would have given the freedom to move, and would have benefited families by freeing up detached family homes.”

Mark Hayward, chief executive of the National Association of Estate Agents is also sceptical that the Chancellor’s announcement will have any real effect. He says: “When the government announced a stamp duty holiday for FTBs in last year’s Budget, we said that it was a sticking plaster which did not tackle the wider problem of rising house prices, lack of affordable housing and supply of suitable homes in the UK. Today’s news that this relief is being extended retrospectively to include FTBs in shared ownership properties is unlikely to have any material impact.”

Measure: Stamp Duty surcharge on foreign buyers to be one per cent with a consultation starting in January:

Rory O’Neill, head of residential at Carter Jonas says: “In its attempts to maximise tax revenues from millionaire purchasers, the Treasury is facing an inevitable point of self-sabotage, as the breakdown it has exerted on the market as a result of its punitive stamp duty reforms is finally diminishing its revenues due to lower transaction volumes.”

Meanwhile Guy Bradshaw, director of central London sales and lettings at UK Sotheby’s International Realty, says: “We’re pleased to see the government climb down from the original three per cent stamp duty levy … It’s absolutely crucial that an extensive and collaborative consultation process takes place in January where we hope the government continues to listen to the genuinely detrimental impact this could have on an already fragile London market.”

London agent Trevor Abrahmsohn of Glentree Estates adds his voice to the mix, saying: “The numbers of properties being bought by foreign individuals today has dropped from a torrent, to a trickle and now a drip, and any additional tax, would have ‘killed off’ this market altogether and, by doing so, further increase the pain on developers, particularly in London.”

Measure: Help To Buy to be extended until 2023 but restricted to first time buyers:

Justin Gaze, head of residential development land at Knight Frank, says: “No industry should be reliant on government assistance indefinitely, so the decision by ministers to restrict the scheme to first time buyers with regional purchase price caps is a sensible one. Some 81 per cent of equity loans since 2013 have been taken out by first time buyers … From 2023, the onus will move to mortgage lenders and the development community to help buyers bridge this gap.”

All sides of the industry have expressed anger and frustration that...

Letting agents have responded with enthusiasm to the government’s announcement over...

Many lenders are holding the equivalent of ‘mortgage January sales’ in...