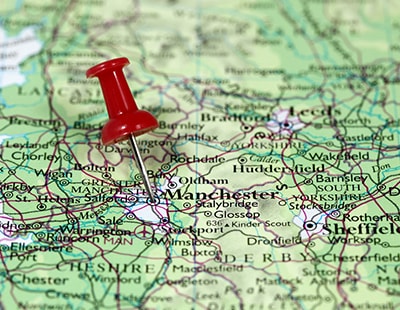 Manchester’s rental market is rising higher than in any other UK city according to property consultancy Cushman & Wakefield.

Rents were up by 10 per cent in the year to April 2018, compared to Leeds in second place at eight per cent.

Cotton says the strength of the city’s lettings sector is down to its wider economic successes - it has an economy worth £300 billion a year and has regional bases for many FTSE 100 companies.

Meanwhile data from specialist online buy to let agency yieldit has named Plymouth as the top location for landlords looking to invest in purpose built student accommodation in the UK.

According to yieldit's available student properties, the city commands average net yields of 7.24 per cent, beating all other areas in terms of profitability.

The data shows that Plymouth's student landlords receive, on average, a 2.47 per cent higher return than the lowest ranking city, Newcastle, which has a 4.77 per cent average net yield.

Behind Plymouth, student landlords in Leeds receive the highest returns at an average of 6.57 per cent, boosted by the University of Leeds' status as one of the UK's largest institutes of higher education with more than 34,000 students.

Following Leeds in the rankings is Sheffield with an average of 6.24 per cent and then Liverpool at 6.23 per cent.

Making up the top five is Nottingham with an average net yield of 6.17 per cent.

The former director of a lettings agency in Plymouth is to...

On October 6 2015 we published an article concerning Clever Student...

Manchester based Ascend Properties says it has smashed its 1,000-unit target within just...