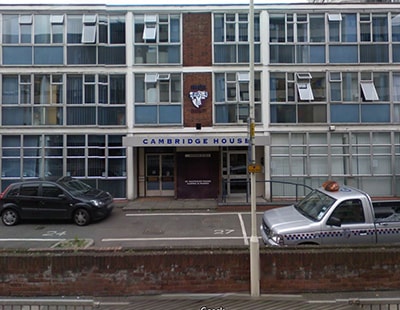 A couple who illegally converted an office block into 14 flats have been found guilty for disregarding planning laws - and may now have some rental income confiscated.

Soorippilla Balasingham told officers he collected at least £8,000 per month in rental income from the flats in Newham, in the Barking & Dagenham council area of London.

Balasingham and his wife, Bavany Balasingham, purchased the three-storey blockfor £1.21m in 2008.

Between 2013 and 2016, the Balasinghams submitted 10 applications to the council's planning department to change the use of the Security offices from part commercial and part residential, to entirely residential; some consents were agreed.

"Despite being given planning permission to develop the building, the owners chose to ignore regulations and do what they want, when they want" says a council spokeswoman.

When council officers visited the premises in August 2014, they issued an enforcement notice ordering the building be restored to its original purpose. The couple appealed the decision, but it was dismissed, and the Balasinghams were given until July 2016 to undo any alterations.

During an inspection in October that year, a council enforcement officer found the notice had still not been complied with, and the ground floor had been divided into eight flats and the first floor into six flats. The couple had only received permission for 10 flats in total.

A number of issues were identified during the visit, including fire safety concerns.

The Balasinghams were committed to Snaresbrook Crown Court following an application by the prosecution for a confiscation order under the Proceeds of Crime Act.

Sentencing has been deferred until conclusion of the confiscation proceedings.

A landlord who built unlawful extensions to a family home and...