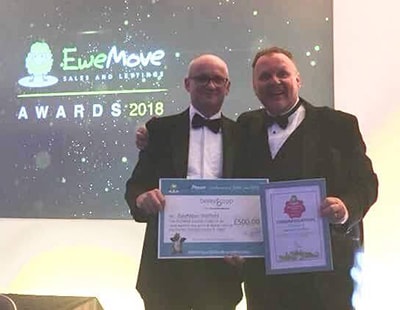 Hybrid brand EweMove says its purchase of a traditional lettings agency with 350 properties on its book constitutes its biggest biggest acquisition to date.

Five of Castle’s staff will join the local EweMove branch, which is one of the longest-running franchises under the brand.

Brown was one of the original pilot franchisees of EweMove Sales & Lettings in 2013.

Castle’s former owner Terry Rogers says: “We received more than three substantial offers to buy the business, but we agreed with Bob and this team because I was impressed by EweMove’s philosophy to look after its landlords and its team.”

Recently EweMove’s Leek & Hanley franchisee in Staffordshire took over the Martin & Co bricks-and-mortar office in nearby Biddulph. EweMove is part of The Property Franchise Group, which also owns the Martin & Co brand.

A lettings company has paid an undisclosed sum - described only...

The Yeovil branch of hybrid agency EweMove now has over 200...

The first part of a massive Build To Rent scheme from...