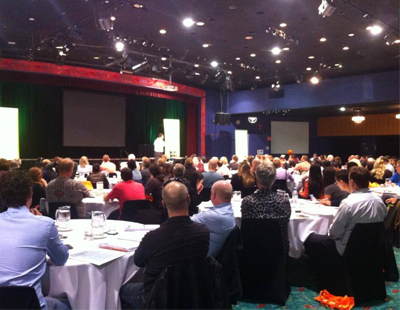 Disrepair in communal areas of private blocks is to be tackled in a new series of seminars for letting agents and landlords, launched by information service, Under One Roof Scotland.

The seminars are funded by the charity SafeDeposits Scotland Trust, a grant-giving body aiming to improve standards and education about the private rental sector.

The extent of disrepair in the private rented sector is estimated to be at 59 per cent, according to Scottish government data.

The seminars, to be held across Scotland, will be arranged in conjunction with local authorities.

They aim to provide landlords and letting agents with information on the typical maintenance problems that they may come across and how they can deal with co-owners who may be reluctant or unable to join common repair schemes.

Annie Flint, author of Under One Roof, says: “Part of the reason for private rented property having higher rates of disrepair is that many are in older stone-built properties such as tenement flats which tend to suffer from more repair problems than newer buildings. Two thirds of rented properties are flats and as many as one third of stone built flats are privately rented.

“Arranging to deal with critical disrepair in flats can be particularly difficult as all the owners need to agree and to pay their share. This is a particular problem for landlords who may not be able to rent their flats where repairs to common areas such as the roof, external walls and stairs cannot be arranged due to a lack of co-operation amongst owners.”

“[Letting agents and landlords] can attend any of the seminars we have arranged, and details can be found by searching for Private Landlord Seminars on the Under One Roof Scotland website.”

Agents warned about cash crisis amongst renters under 40 ...

Flatshare website SpareRoom says over a fifth of 18 to 24...

Families and schools have big role in setting rents ...

An analysis by Britain’s biggest letting agency, Countrywide, has thrown up...