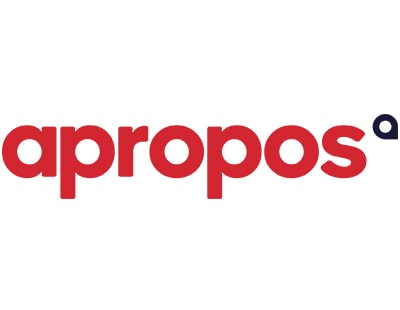 Almost the entire lettings industry has viewed the upcoming ban on tenants fees levied by agents in England and Wales as bad news - but now a sharply different view has emerged.

The people behind the property management consultancy Apropos, operated by DJ Alexander Ltd, says the more regulated Scottish market means that Scotland could be the model for future letting in the rest of the UK.

What’s more, the system north of the border is better and fairer, and agents who embrace it are thriving, the consultancy claims.

The regulations in the forthcoming Tenants Fees Bill in England and Wales have been in place in Scotland since 2012; the no fault grounds for eviction notices no longer exist in Scotland; and the Scottish government recently introduced much greater security of tenure for tenants.

Apropos joint managing director David Alexander says: “Scotland has led the way in improving the rights of tenants and changing the relationship between landlord and tenant. Too often this relationship has been confrontational and divisive with each side pitted against the other. Rather than resolve any disputes or problems the attitudes and the regulations seem to be established to dispose of any complaint by a tenant rather than address it.

“The Tenants Fees Bill simply rights a flawed piece of legislation that allowed unwarranted and unfair charges to develop under the camouflage of ‘administration expenses’ often with little or no explanation of what these were for or why they were being applied. With many letting agents operating a business model where such charges account for a quarter to a third of income it is clear that they were not motivated to end these charges, reduce their levels, or to have them examined in too much detail.”

The consultancy’s other joint managing director John Alexander is sharply critical of “doom-mongers who predicted the end of the lettings market” when the Scottish changes were introduced seven years ago.

“But this did not happen: the market adapted, landlords were charged more, but the best agents and the best landlords adapted and realised that this was fairer for the tenant and, in the long term, created a better relationship between the two” he says.

“Equally the ending of the no faults ground for eviction notices and introducing much greater security of tenure for tenants was feared by some in the property market as a sign of them losing control. On the contrary it gives agents, landlords and tenants the opportunity to develop a relationship built on trust, on fairness, and on developing a long-term relationship to their mutual benefit.

“These regulatory changes must be viewed as a positive in changing the property market which was using legislation based on a model of renting which is unrecognisable compared to the present day.”

He says a healthy future for the lettings sector on both sides of the border depends on building upon legislative and regulatory changes to create a system which benefits all sides to ensure that tenants are secure in their homes, able to communicate any issues which arise, and have difficulties resolved “easily and amicably.”