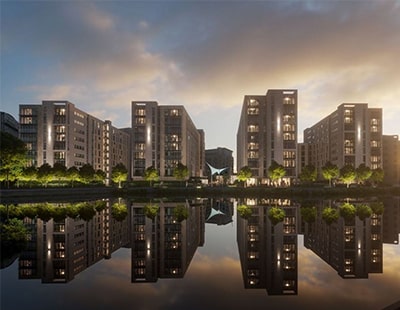 An independent letting agency has reported its success in helping two large Build to Rent (BTR) developments to successfully let properties to tenants.

Ascend, which is based in Manchester, has helped to fully let both phases of the Clippers Quay BTR development in Salford Quays over the last year.

It was appointed as the sole lettings partner for the scheme by Grainger PLC and contributed towards a 25% rental return on the development's second phase of lets.

Home to 624 properties, a 24-hour gym and co-working space, Clippers Quay (pictured) is the largest BTR scheme outside of the capital.

According to Grainger, Ascend managed to let the scheme's first 50 homes - 33% of phase one - within just three weeks after setting up a custom marketing suite in its Deansgate branch.

The agency has also been successful in helping to promote the Anaconda Cut scheme, Salford's tallest building, after it was appointed by Atlas Residential.

The development, which has 70% of its homes now leased, consists of two and three-bedroom apartments across 44 storeys. It has a gym with staffed personal trainers, yoga studios and a sky lounge.

"We’ve had an incredible twelve months dealing with leasing homes across some of the most outstanding new residential developments we’ve ever seen in Manchester and Salford," says Ged McPartlin, managing director of Ascend.

"The popularity of Clippers Quay and Anaconda Cut show the demand for high quality homes is very strong and are attracting residents who are new to the city centre and living here for the first time."

Following its success in the growing sector, Ascend has increased the size of its dedicated BTR team - which includes negotiators and marketeers - to 30 people.

A letting agency has won a management deal for new-build homes...