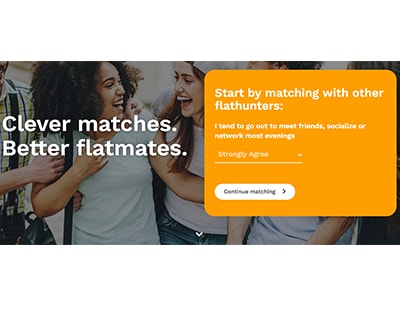 Flat-sharing website Ideal Flatmate has raised £2m in a funding round in order to expand to seven new cities in the coming year.

Ideal Flatmate described itself as having been “designed in collaboration with Cambridge professors” and pairs prospective sharers based on an algorithm similar to that of dating websites.

The firm says that in addition to expanding from London to other cities, the new funding will allow the development of “tech solutions” to allow it to be used for the growing Build To Rent sector.

The business says it’s also set to launch a number of new partnerships in the coming months as it develops its product to serve its flathunter and landlord users.

These include the ability to conduct a credit check via the platform and sign a tenancy agreement online.

Amongst the new funders is David Pollock, founder of London estate agency Greene & Co which is now part of Countrywide.

It was recently the subject of media reports about redundancies, although the company declined to comment on this.

In addition to the apparent collapse of Upad at the weekend,...