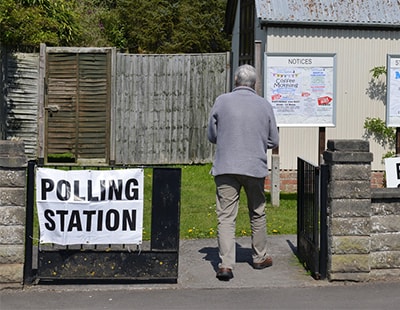 A pressure group that has spoken out against letting agents and landlords is urging private tenants to take part in a mass voter registration over the next 48 hours in a bid to sway the result of the General Election.

Generation Rent is urging private renters to register to vote by midnight tomorrow - the official deadline - and is highlighting 96 seats in England where it claims newly registered private renters could cast the deciding vote.

The pressure group - a consistent critic of agents and landlords - claims private renters move house more frequently than homeowners, and as a result, just 58 per cent of tenants are correctly registered.

It says this compares with 91 per cent of homeowners.

Using data from a range of government sources, Generation Rent claims that there are at least 5.7m eligible voters living in private rented homes.

Applying the calculations to Westminster constituencies, Generation Rent found 96 seats across England where the estimated number of unregistered private renters is larger than the 2017 majority.

“This means renters registering today and tomorrow could cast the deciding vote” says a statement from the pressure group.

To back up the campaign - and in a bid to keep renting high up on the agenda in a campaign so far dominated by Brexit and the National Health Service -  Generation Rent wants angry tenants to “share stories of the renting crisis in their area” by posting claims on social media with the hashtag #ventyourrent.

“In key marginals across the country, renters registering could decide the outcome of the seat ... This election is an opportunity for renters to vote for a Government that will deliver that. If you rent privately, make sure you’re registered by midnight on Tuesday” Generation Rent policy and public affairs manager Caitlin Wilkinson tells tenants in a statement released this morning.

A collective of activist renter groups has set out a manifesto...

The pressure group Generation Rent, which in the past has been...