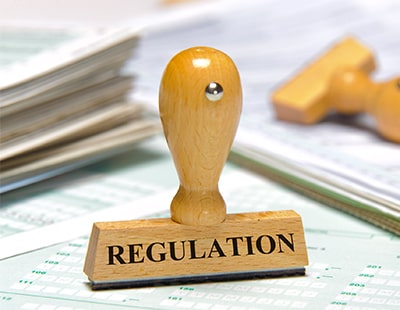 The growing chorus of calls to professionalise the short lets sector has won influential backing from a senior PropTech entrepreneur.

Neil Cobbold - the chief operating officer of automated payment service PayProp - says that lettings agents could benefit from the increased revenue and diversification offered by managing properties listed on Airbnb and other short lets platforms, but there is a need for the sector to avoid the ‘horror stories’ of recent months.

In the past few weeks alone the extent of illegal sub-letting via short-term lets websites was recently exposed on BBC One’s Inside Out programme.

The documentary told the story of a London agency, base property specialists, which discovered tenants checking a family into an apartment it was managing for a client. Further investigation revealed that the flat had over 70 reviews on Airbnb.

Meanwhile, The Apprentice star Lord Sugar recently claimed that scammers had used images of one of his London properties to create a bogus Airbnb listing, costing a group of American tourists $600.

"The number of stories of short-term lets being mismanaged or used to scam people appears to be growing" Cobbold suggests.

"The unregulated nature of the sector is likely to be a contributing factor to this as fraudsters see a fast-growing market where there are opportunities to make large sums of money quickly and very few rules to comply with."

However, he calls for regulation rather than any more draconian controls, recognising the potential business for the lettings agency industry - for example, according to the Chartered Institute of Housing, there were over 77,000 short lets listed on Airbnb in London alone in April 2019, and over 10,000 in Edinburgh.

"There is currently no mandatory regulation of short lets, which is concerning when you consider that landlords now have to comply with 156 regulations to let a property long-term – a rise of 32 per cent in just nine years, according to the Residential Landlords Association"

In response to some of the negative press around the short-term lets market, a new industry-specific trade body - the Professional Host Alliance - with a mission is to 'accelerate the professionalisation of a sustainable, global short-term rental sector and build trust in the home-sharing economy'.

"The launch of a trade body for short-lets firms is welcome and hopefully it can build momentum by signing up some of the industry's biggest names" Cobbold adds.

"Introducing more rules for short-term let landlords and agents to follow, as well as minimum standards for hosts to meet, could represent the next steps of progress."

The current restriction on Airbnb-style short lets to 90 nights a...

A leading figure in the lettings sector says the government’s new...