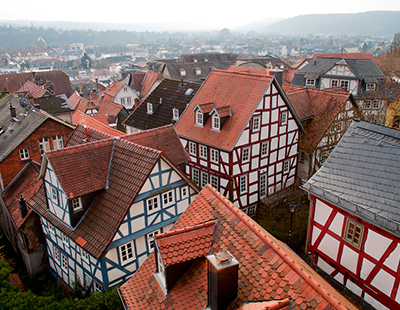 A senior lettings agent has raised the spectre of rental properties in future being German-style ‘empty shells’ - without even white furniture - and left to tenants to fit out completely.

Josh Sagal, from the lettings division of London agency Glentree Estates, says this could ultimately be the kind of rental accommodation if landlords and agents continue to be hit by costly tax and regulation changes, including the proposed scrapping of Section 21 evictions announced this week.

Sagal says the long-term tenancies resulting from scrapping S21 may benefit renters in one way, but could also end up disadvantaging them - and they could lose out on many other benefits that they have been used to getting.

“The current UK rental system is very different from rental systems in other countries. Even in an ‘unfurnished’ property there is the expectation that the basic white goods including oven, fridge freezer, even light bulbs, are all included in the property” he says.

“Light bulbs aside, during the tenancy it is the landlord’s responsibility to maintain these appliances. Often, people don’t appreciate this but it is a massive saving for the tenants and something they have just come to expect” he adds.

Sagal then ponders whether the UK approach to rentals could begin to echo that of Germany.

“With all these changes in regulations, the model is going to move more towards the alternative one - for example in Berlin - whereby tenants essentially move into a four wall shell and are expected to bring in their own appliances, light fittings etc. The walls are freshly painted when they move in and the tenant is expected to leave them in the same way” he suggests.

“Imagine you are renting a £1,000 per month one bedroom flat. The cost to provide the basics (an oven, hob, fridge, freezer and washing machine) could easily be in excess of the first month’s rent, so as well as having to put down the initial rental payment and security deposit, there is a further lump sum that is required before the property even has a bed to sleep in.”

He also echoes views put forward by other agents since the Section 21 consultation started earlier this week - namely that without the powers to use a S21 eviction, what is the incentive for rogue landlords to rectify problems, instead using this as a method of cajoling tenants to leave?

“Between this and the incoming tenant fee ban, I believe landlords and agents will be much more selective with tenants they rent their properties to. It also means that extra checks will be taken on the properties, which is going to cost the landlord, or the agent, even more money” says Sagal.

“This could see many agents not being able to sustain their businesses, or of rents increasing”.

Poll: Would it be sensible to let out 'shells' rather than units with fixtures and fittings?

In the week that the government announced a ban on letting...

A major agency and property consultancy has initiated ‘Wellness Wednesdays’ amongst a...

Another independent agency snapped up as consolidation continues ...