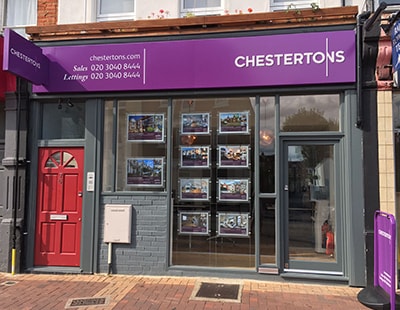 The fierce competition in the lettings market in parts of London means that some tenants will feel no benefit from the fees ban, as their rents are rising anyway.

That’s the view of high-end agency Chestertons, which says it has found that rent rises in South West London, for example, are significantly outpacing the rest of the capital.

The agency says that changes over recent years to buy to let mortgage tax relief and the Stamp Duty hike for additional homes have encouraged many smaller-scale landlords to quit the market, significantly limiting choice and driving an increase in rents.

The agency says that this is most apparent in what it calls “popular South West enclaves” which have typically been dominated by accidental landlords in recent years.

Chestertons believes that it’s this demographic of landlord - potentially pushed into higher tax brackets and facing an additional three per cent stamp duty if they move home - who are most likely sell their buy to let because of the new regulations.

The number of tenants registering for rental properties in the first three months of 2019 has soared 48 per cent year-on-year in the South West of London – the biggest jump in demand across the capital.

However, the number of available properties in areas including Battersea, Clapham, Wandsworth and Putney over the same period had dropped 30 per cent compared to the first three months of last year.

Across London as a whole, Chestertons recorded a 24 per cent annual increase in registered tenants seeking property during Q1, in contrast to a 2.4% fall in the number of available properties.

As a result of the significant imbalance between supply of rental properties and tenant demand, the South West was the only region to experience a decline in new tenancies during the first three months of 2019 – down 12 per cent on Q1 2018.

By comparison, in Central London locations such as Kensington, Marylebone and Notting Hill, lettings were up 15 per cent year-on-year.

This fierce competition for limited rental properties in the South West means that rents are climbing three times as fast in this area than elsewhere in the capital.

Chestertons’ has seen rents in the South West up 5.9 per cent in Q1 2019 year-on-year, with only 1.2 per cent recorded in Central London, and a 1.8 per cent uplift in the North and East of the capital over the same period.