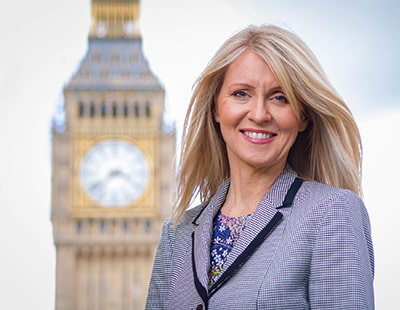 Housing minister Esther McVey has hinted that the government may finally decide as soon as next month on whether to introduce longer minimum period as part of reforms to the Assured Shorthand Tenancy system.

October 12 is the date when a 12 week government consultation closes on, amongst other things, abolishing Section 21 which would have the effect of making tenancies open-ended.

It is thought in Whitehall that the government wants to be seen to act quickly following the end of the consultation, especially if there is an autumn General Election.

In a written parliamentary reply on health and well-being for renters, issued at the end of last week but largely overlooked thanks to the ongoing Brexit arguments, McVey gave the hint when she wrote:

“Earlier this year, the government announced its commitment to improve security for renters, and intends to introduce a new, fairer deal for both tenants and landlords. Our consultation on Overcoming the barriers to longer tenancies sought views on the potential benefits of longer tenancies in the private rented sector. A number of people responded that increased security would improve tenants’ mental health and well-being. In particular, respondents mentioned that fewer house moves could help tenants have better access to local amenities, such as schools and GP clinics, and feel more integrated into their communities.

“Earlier this year, the government announced its commitment to improve security for renters, and intends to introduce a new, fairer deal for both tenants and landlords. As part of this new deal, we will put an end to ‘no-fault’ evictions by repealing section 21 of the Housing Act 1988. Under the new framework, a tenant cannot be evicted from their home without good reason, providing tenants with more stability, and enabling them to put down roots and plan for the future.

“On the 21st July we launched a 12 week consultation on the details of our proposals. The government will collaborate with and listen to tenants, landlords and others in the sector to develop a more effective system that works for everybody.”

A Shropshire man has become the first in England to be...

A trade body says it has been assured by the government...