It appears the much-hyped exodus of people from London to the country doesn’t apply to the rental market.

Despite rents falling in London, Zoopla data shows that most Londoners are looking for rental property within the capital, not outside.

The proportion of Londoners looking to stay in the city has actually risen compared to last year and there have been minimal increases on searches outside of London in the last year.

The portal says London’s market is now highly localised, with rents falling more severely in the centre due to changes in working trends and the switch by some landlords from short-term to long-term lets following muted tourism this year.

Meanwhile rents are growing in the majority of the cities monitored by Zoopla; leading the way in England is Newcastle (up 3.5 per cent annually); Bristol (up 3.1 per cent) and Sheffield (up 2.6 per cent).

The exceptions to rental growth on a country and regional level are Scotland and the West Midlands where rents are flat year-on-year. 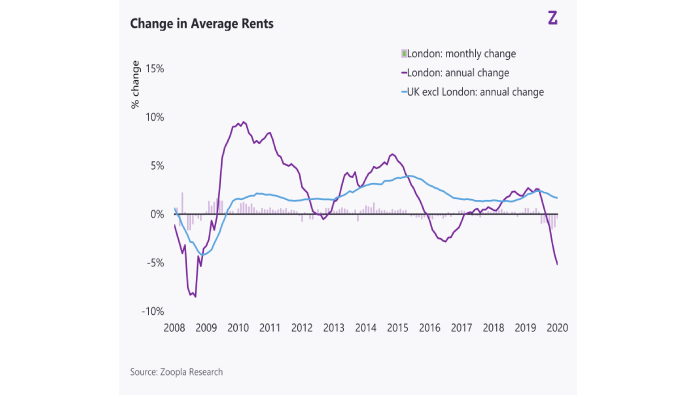 Teaching your kids at home? Zoopla comes to the rescue... ...

Zoopla is promoting 12 lesson plans for agents and other property...