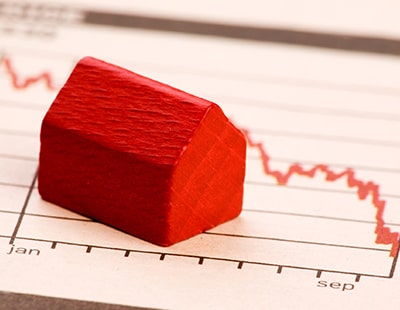 The latest market snapshot by PropTech firm Goodlord suggests that while new and completed tenancy volumes dropped rapidly in the first half of April, they have risen again significantly in recent weeks.

The Goodlord data also suggests that rents have dipped across five out of eight UK regions monitored during April.

Average rental costs for the UK as a whole slipped two per cent from £878 to £861 per property per month.

Wales and the West Midlands saw the biggest drop in rental costs, with both regions recording decreases of six per cent. The North East saw a four per cent dip, followed by two per cent reductions in average rents for Greater London and the North West.

Prices in the South West held steady. But it was a more positive picture in the South East and the East Midlands, which both recorded one per cent increases in average rental costs.

The picture was also mixed for voids.

“It’s no surprise that market activity is significantly down year on year, and that rents and void periods are fluctuating across the regions. There is some comfort to be taken from our lettings activity tracker, which shows a new level of consistency in market demand over the past week” according to Tom Mundy, chief operating officer at Goodlord.

He continues: “Whilst a halving of activity year on year remains a crippling statistic for the industry, we also believe a huge amount of pent up demand will be released once lockdown lifts. Agents who are able to plan ahead for this, and can ensure their strategies adapt to the new normal of social distancing, will be in a strong position to capitalise on that surge.”

Stats tell the story - strong year for lettings sector, even in London ...

Voids are ending the year 25 per cent down on the...