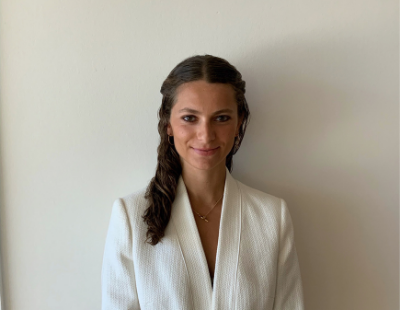 A lettings platform set up by a 24 year old is today announcing an expansion from its Bristol start up to seven other cities - and claims it’s going to fix the ‘toxic’ rental market for young people.

HYBR started in the west country city of Bristol, linking students there with landlords via ‘house-matcher’ events and help for prospective tenants with contracts, guarantors and legal support.

It’s the brainchild of Hannah Chappatte, a Bristol university graduate, whose company now employs 10 people and is fundraising £500,000.

“Students should be excited about moving out and being independent for the first time. Instead they waste valuable time that could be spent studying or having fun locked in battles with landlords and lettings agencies, or trawling through disappointing properties” says Chappatte.

“Every year this cycle repeats – it doesn’t work for anyone and has created a toxic market where students don’t trust landlords and landlords don’t trust students.”

HYBR is now expanding into cLondon, Cardiff, Exeter, Lincoln, Liverpool, Lancaster and Sheffield and claims over 1,000 students have already found homes through it.

It plans further expansion next year into Manchester, Nottingham, Bath and Leeds.

Chappatte continues: “We have just brought in a senior team to take the business to the next level. We are looking to raise £500,000 through angel investors and venture funds,” Hannah said. But this isn’t just a UK problem and we want to start looking abroad as soon as possible.

Up until now HYBR has funded itself from its own revenue and winning competitions - it recently won a year’s free rent in offices near Liverpool Street in London.

Lettings platform claims to be world’s first for women only ...

A lettings platform set up 18 months ago but under-the-radar until...

Lettings management platform Howsy claims it has seen an increase in...

A new lettings platform claims it can help existing agents and...