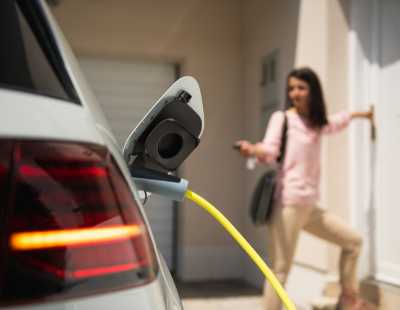 An agency that made a complete switch of its car fleet from petrol to electric has won the ‘Private Sector Car Fleet of the Year’ at a prestigious eco-event.

Chestertons says it impressed judges by completing the switch to electric vehicles in just 18 months, involving some 70 cars being replaced with electric BMW i3s. The judges said Chestertons had demonstrated a successful reduction in CO₂ and other pollutants through fuel efficiency programmes, green fleet management and driver awareness training.

Michelle Keller, Chestertons fleet manager, says: “This is the first time that an estate agency has been recognised by these awards and we are absolutely delighted to have won. Converting our entire fleet to electric vehicles has had its challenges but we know that it’s the right thing to do and we are very proud to be doing our bit to reduce carbon emissions and improve London’s air quality.”

And Chestertons chief executive Guy Gittins adds: “I am extremely pleased that Chestertons has scored so highly with the judges of the prestigious Green Fleet Award. I hope that the award win and our initiatives will encourage others in the industry to follow suit and bring more awareness to the climate crises that we are all facing.”

Angela Pisanu, editor of GreenFleet concludes: “Chestertons has become the first large estate agent in the UK to convert its entire fleet of company cars to electric, after they replaced their previous petrol-fuelled fleet with electric BMW i3s. This, coupled with Chestertons’ Net Zero Carbon status, made them the judge’s unanimous choice for GreenFleet’s Private Sector Fleet of the Year.”

Higher demand for car charging means government must do more ...

There’s been an increase in demand for rental properties with electric...

After becoming the first large agency to move to electric BMW i3s...