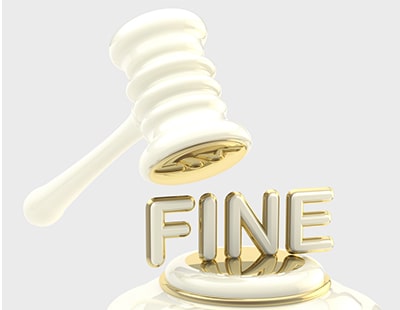 An agency has been hit with a £330,000 bill after being found guilty of poor management of an HMO.

Magistrates have found Adam Habane and Lloyd Beckford, both from Bristol, guilty of poor management and failure to provide information with regard to seven flats in the city.

Habane and Beckford are the property owners and also the directors of the agencies managing the units - those firms are Ashley Marketing Services and Eunicareltd Ltd.

Bristol council’s private housing team brought the charges after visiting the property in September 2019. Officers found it had been poorly converted into a HMO with up to 18 people living there, including six children.

The property was discovered to be in very poor repair and poorly managed, with particular concerns for the safety of the occupants due to the absence of operating fire alarm systems.

The council claims the concern was so great that, as a precautionary measure, it provided battery operated smoke detectors to the property that day.

Numerous breaches of the Management of Houses in Multiple Occupation (England) Regulations 2007 made under Section 234(1) of the Housing Act 2004 were identified, with cramped filthy bathrooms, holes in the ceilings and hall ways which meant fire and smoke could easily pass within the flats, as well as obstructed fire escapes, doors that did not shut or lock, inadequate damaged kitchens and electrical systems in poor repair, also uncovered.

Following the visit the number of tenants living at the property was reduced and the families moved on or were rehoused, and the council continued with additional enforcement action which ultimately prohibited the property for occupation.

While this work was in progress, in March 2020, council officers returned to the property after a complaint from the occupants that there was no hot water or heating available.

The inspection revealed conditions to be much the same as before but with, in addition, the boiler working neither adequately nor safely to provide heating and hot water to all the flats, in breach of management regulations.

Despite a request for gas and electricity safety certificates to be provided within seven days, none were received by the council.

A spokeswoman for the council says: “We are committed to protecting people in private housing against the risks posed by poor property management and unacceptable conditions. This case illustrates clearly that we will use appropriate powers to prosecute those who put tenants in danger through their own neglect or sub-standard practices.”

Buy to let HMO did not even have a working smoke detector ...

A shocking case of a buy to let HMO that did...

A student landlord has been sentenced to six months in prison...

One of the UK’s highest profile lettings agencies - Countrywide band...