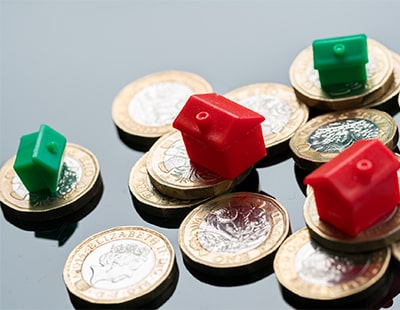 Kevin Hollinrake, who until recently was the chairman of Hunters, has been named in an article about Tory MPs who have buy to let portfolios yet still claim public handouts for accommodation.

Hollinrake has been Conservative MP for Thirsk and Malton since 2015, and was simultaneously chairman of Hunters until its acquisition by The Property Franchise Group last month.

The Observer says he was one of 42 Conservative MPs who claimed their rent on expenses while at the same time letting out properties for at least £10,000 a year. The newspaper has analysed only the April to November 2020 period.

In that time Hollinrake claimed £2,925 from the taxpayer for each month from April to November while owning a share of five different rental properties in York.

Hollinrake was the only MP to respond to a request for comment from the newspaper.

He is quoted as saying: “It is true I own properties other than my constituency home but they are not in or near London so I cannot make use of them for parliamentary purposes.

“When I was elected to Parliament in 2015, I knew it would mean a substantial reduction in earnings compared with my earnings in the private sector, which I was more than willing to accept to have the chance to try and make a difference to people’s lives.

“I do not consider it reasonable to have to pay my own accommodation expenses in London in addition to other costs incurred while living away from home in order to fulfil my role as a parliamentarian.”

The newspaper says that between April and November 2020 – the most recent month for which figures have been published – Conservative MPs claimed almost £3m in housing rent on expenses.

This is not the first time that Hollinrake has been in the news over taxpayers’ money.

In March 2020 he tweeted about the government’s Coronavirus Business Interruption Loan. He wrote:“No personal guarantees, no fees, 0 per cent interest for 12m, up to £5m. Our business will certainly use this.”

However the Whitby Gazette reported at the time that an independent local councillor said she was appalled his company was benefitting from the scheme when so many in the area were allegedly not receiving the help they needed.

Councillor Michelle Donohue-Moncrieff was quoted as saying: ”My main concern is lots of people who live in Hummanby and Filey are self-employed or are on zero-hours contracts because they do seasonal work. They're not getting enough support. He's a millionaire, he doesn't need any help.”

You can see The Observer article here.

A Westminster Hall debate for MPs on letting agent fees will...