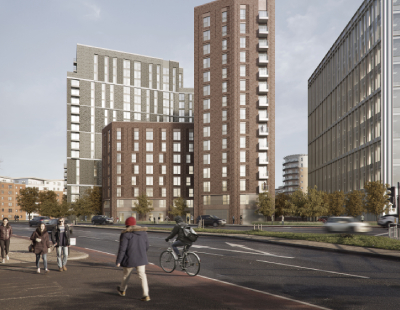 UniHomes says Sheffield has already seen a substantial level of redevelopment in recent times with the completion of its ‘Heart of the City’ masterplan and £130m worth of regeneration.

However, there’s more to come with phase two bringing a further £470m of investment to the Sheffield area, with focus on social and professional improvements thought to create as many as 7,000 new jobs to the area.

The research by UniHomes shows that this further investment places Sheffield as the frontrunner in the Yorkshire region where key regeneration projects and investment are concerned.

At an estimated £2.1 billion, Sheffield sits ahead of Nottingham (£2 billion), Leeds (£990m) and Bradford (£17.9m) and is fast becoming the driving force behind the changing face of Yorkshire.

UniHomes predicts that the combination of the area's regeneration, the relative affordability for students and the strong returns on buy to let investments should bring yet more investment to the area.

Co-founder Phil Greaves says: “Sheffield is fast becoming the driving force behind the extensive regeneration of the Yorkshire region and these ongoing improvements are going to draw more people to live, work and learn in the city which will only help strengthen the local economy even further.

"Regeneration projects ... are helping to lead this change and we’re extremely excited to get settled in and explore what the area has to offer. However, our decision to move there has been very much a strategic one as the area is already a hub for student life in Sheffield.

“Above and beyond the already existing student accommodations, we expect to see an influx of investment in the surrounding areas from those keen to take advantage of consistent demand and above average rental yields.”

More students would like to see utility charges integrated into the...

Revealed! The regions generating the most rent for landlords ...

Tenants are paying almost £70bn of rent to landlords a year,...