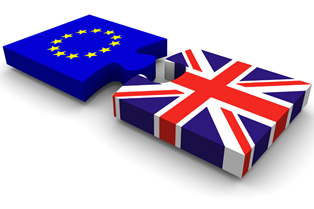 A grace period for Right To Rent changes following Britain’s exit from the EU expires at the end of this month.

And now the Home Office has issued new guidance ahead of changes coming into effect in three weeks time.

The grace period referred to eligible European Economic Area and Swiss citizens who were residing in the UK to apply for settled status - that opportunity ends on June 30.

ARLA Propertymark, which has been working with the Home Office on changes to the Right To Rent processes to accommodate the end of the grace period, says from July 1 agents will move from checking nationality to checking the UK immigration status of all adult applicants.

“From this point, if someone is an EEA, EU, or Swiss national, you will need to see evidence of their UK immigration status rather than their national identification” says ARLA guidance.

Those EEA citizens resident in the UK who will have made an application for settled status will have been provided with digital evidence of their UK immigration status.

“They will evidence their Right to Rent by sharing their immigration status digitally, using the Home Office online Right to Rent service on Gov.UK” says ARLA.

Digital checks were introduced in December 2020. The applicant provides a share code and their date of birth, which is inputted to reveal a status of unlimited or time limited status to remain.

There will, however, be other EEA citizens who have different evidence of their status in the UK, which is held in a physical document such as a visa.

ARLA says: “Those documents are included in the prescribed document lists, providing landlords with a statutory excuse against liability for a civil penalty. For further information, see the Right to Rent document checks, a user guide."

Digital status checks can be conducted by video call permanently, while hard copy checks will still need to be conducted in person.

It's Too Much! Agents hit out at retrospective Right To Rent checks ...

ARLA Propertymark is warning government that the majority of letting agents...

Letting agents are not required to conduct retrospective Right to Rent...