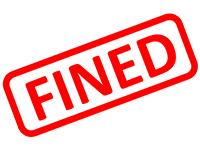 The local media in Manchester have published photographs of a property operated by a lettings agency was found to have multiple fire safety breaches.

Mecca Properties M/CR was found guilty of ‘systematic failings’ at a tribunal following an investigation by Manchester council, prompting a £21,000 fine.

Now the Manchester Evening News has published details and photographs of the property, which allegedly had doors which could not be opened without a key, obstructions to fire escapes, no smoke alarms on first inspection, and no gas safety certificate.

Parts of the property were also found to be dirty and in disrepair, with tiles missing in the bathroom, damaged hallway floors and a broken window covered with a ‘to let’ sign.

The council - in a tribunal hearing following earlier action - says it attempted a dialogue with the director of the agency to address the issues, but to no avail.

A council spokesman says: “The private rented sector is one of the fastest growing in the city and our residents need decent properties that they can trust, with landlords that take their responsibilities to their tenants seriously.

“We know that the vast majority of landlords and managing agents are very good, but for those that are not, I hope that this sort of action serves as a real warning.

“This management agent showed systematic failings and is now thousands of pounds out of pocket.

“The level of fine shows that we are looking for you and we will use the full extent of the law to bring you to account.”

The Mecca property is one of 2,247 licensed HMOs in Manchester that are inspected by the council to ensure residents in the private rented sector are safe and that their homes are up to standards.

Over the last year Manchester council has issued 28 civil penalties totalling £288,674, along with 39 improvement notices and 10 hazard awareness notices.

You can see the Manchester Evening News article and photographs here.

Happy Easter from Letting Agent Today - and some weekend reading... ...

We hope you enjoy the stories on Letting Agent Today’s Breaking...

The publication Environmental Health News has secured the release of files...