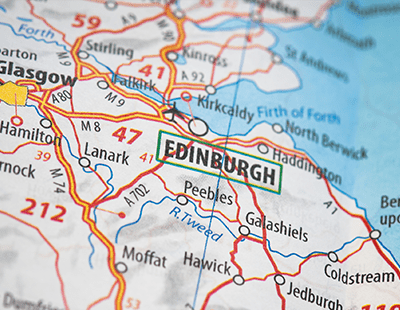 A consultation is to begin next month regarding the designation of an entire city as a Short Term Let Control Area.

If Edinburgh council eventually gives the go ahead - and if the concept is approved by the Scottish Government - the new powers would mean all residential properties, which are not an owner’s principle home would require change of use to become an Airbnb or similar property.

Around a third of current short term lets in Scotland are in Edinburgh.

At the moment, in addition to planning applications made for STLs, to establish whether or not planning permission is required for properties where this is disputed, Edinburgh council’s enforcement team looks at each case individually, which is a very lengthy and time consuming process.

The introduction of powers to make a control area, follows the council calling for new legislation to tighten up the control of STLs to help manage high concentrations of secondary letting where it affects the availability of residential housing or the character of a neighbourhood.

The council says it will also help to restrict or prevent STLs in places or types of buildings where they are not appropriate as well as making sure homes are used to best effect in their areas.

If a home has been changed to secondary letting and continually operated as a STL for more than 10 years before a STL control area is designated and no enforcement action has been taken during that time, planning permission is not required.

Also, generally, renting out a room/s in your house or letting your property whilst on holiday would also still be allowed if Edinburgh became a STL control zone.

The Scottish Government is currently consulting on legislation to introduce a new licensing regime next year, which Edinburgh council also called for, to address the issues of safety, anti-social behaviour and noise.

The council insists that these issues have all had a detrimental effect on communities as the number of STLs has greatly increased across the city in recent years.

The proposal is that all Scottish councils will have to adopt a STL licensing system by October 2022.

In terms of the Scottish Government’s proposed new licensing regime, if Edinburgh becomes a control area it will be a mandatory condition of any licensing application to have made a planning application or to have planning permission already when providing accommodation that requires it.

Short lets regulation starting in one part of the UK ...

A council in Scotland is set to be the first to introduce regulations...