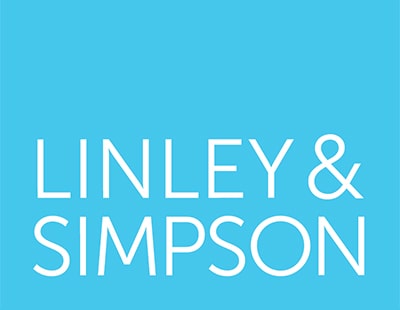 Linley & Simpson, one of the North of England’s leading residential letting agents, has expanded its Sheffield operations just six months after launching in the Steel City, following the confirmation of another acquisition deal.

The firm has taken over the rental portfolio of independent agency Cactus Living, based in the riverside urban village of Kelham Island – a deal that sees the total number of Sheffield rental properties managed by Linley & Simpson swell by approximately a third.

The agency also says it paves the way to relocate its Sheffield base from Queen Street into the bigger and more prominent offices formerly occupied by Cactus on Green Lane.

The Cactus team of staff, alongside its founder Howard Wade, will all transfer to Linley & Simpson following the successful acquisition.

Wade founded Cactus Living in 2008 as one of Kelham Island’s first lettings and property management companies, before branching out into Sheffield city centre and the suburbs of the city’s South West.

“This is a great opportunity for us, allowing us to extend our footprint in Sheffield and further progress our ambition of being the number one agency in the district.

“It is a great people fit too, as we welcome a team brimming with the same local Sheffield knowledge, industry insight, and high customer service standards on which we pride ourselves.”

He added that, between both agencies, ‘we pool almost 40 years of Yorkshire expertise in meeting the needs of tenants and landlords, sellers and buyers.’

“This creates a strong platform on which to innovate and strengthen our customer service, as well as expand further through more acquisitions in and around the city,” he continued.

“As lockdown restrictions ease, this acquisition is a timely signal of our continued confidence in Sheffield and its all-year-round appeal as a place to live, work and study.

He claimed that Sheffield is a city that is very much on an upward curve, with an ambitious programme of new build, a growing population of well over 550,000 people, an economy worth an estimated £12 billion, and world-leading businesses, hospitals and universities – not to mention its links to steel, snooker and football, and its status as one of the greenest cities in Europe.

Linley & Simpson only opened its doors in Sheffield for the first time in December, after acquiring two independent agencies - the long-established pair of Lewis Wadsworth and Sheffield Residential - in England’s fourth-largest city.

Its Sheffield branch, which will continue to be managed by Kelly Boot, is one of more than 20 Linley & Simpson high street branches across Yorkshire and the Humber.

Linley & Simpson has experienced impressive upwards growth since being founded more than two decades ago. It was launched by Simpson and fellow director Will Linley in Yorkshire back in 1997, and since that point has grown from just two offices and a handful of staff into a team of more than 300 people.

What’s more, having joined forces with Edinburgh-based Lomond Capital at the turn of the year, it is now part of the Lomond Group of residential letting and sales agencies across England and Scotland.

How big will this agency group become? New acquisition revealed ...

One of the brands at the centre of the new Lomond...