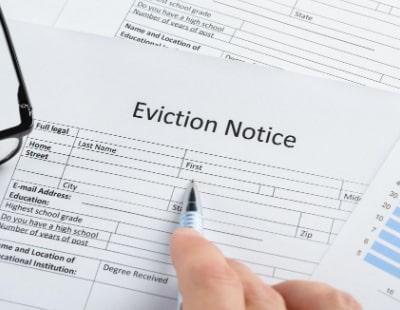 Propertymark has expressed a sigh of relief at a decision this week by the Appeal Court, which ruled in favour of letting agents and landlords.

The case was Northwood Solihull v Fearn & Ors, which began as a possession claim based on a section 8 notice served by the Solihull branch of lettings agency Northwood.

The tenants, Mr Fearn and Ms Cooke, issued a counterclaim for damages for failure to provide a valid prescribed deposit certificate.

Both the section 8 eviction notice and the deposit certificate had only one authorised signature, whereas the tenants claimed section 44 of the Companies Act 2006 required two authorised signatures by two directors or one director whose signature is witnessed.

The Appeal Court ruled against the tenants.

Now Timothy Douglas, head of policy and campaigns at Propertymark, says: “The decision by the Court of Appeal brings much needed clarity to a long-disputed area of the law and is a victory for common sense, which agents will welcome.

“The [earlier] retrospective judgement from the High Court dangled the possibility for ramifications for the sector with a significant number of claims against agents. Due to the potential implications, Propertymark was pleased to contribute to the costs of the appeal by the landlord.

“The judgement does however go much wider and the same rationale will surely apply to virtually every notice prepared for a corporate landlord, from Section 21 Notices to rent increase notices and even notices to quit.”

Leading property lawyer David Smith is to give agents an update...

Right To Rent stays after court rules against campaigners ...

The Court of Appeal has ruled in favour of the government’s...

A key judgment from the Court of Appeal, announced today, is...