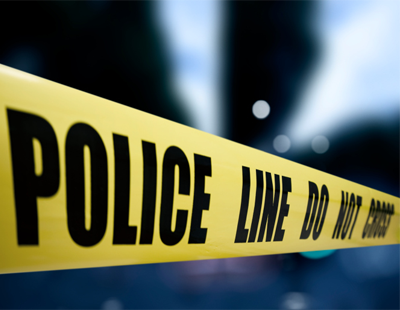 A lettings agency is in hot water with advertising regulators for using the phrase “What the flock are you looking at?” In an ad.

The advertisement in question was at the entrance to a retail park in Clacton and was placed by local agency Lamb and Co Property.

The Advertising Standards Authority has banned the advertisement and says: “We concluded that the allusion to the word ‘f***’ in ads with a general adult audience was likely to cause serious offence, and that it was irresponsible for them to appear where children could see them. The ad breached CAP Code (Edition 12) rules 1.3 (Responsible advertising) and 4.1 (Harm and offence). The ad must not appear again in the form complained of. We told Lamb & Co Property Ltd to avoid using words or phrases which were likely to cause serious offence.”

The ASA got involved after a complainant got in touch and asked whether the ad was deemed offensive as it alluded to using an expletive, and whether it was inappropriate for display where it could be seen by children.

Lamb & Co Property Ltd told the ASA said that the aim of the ad was not to cause offence, but instead consolidated the company’s reputation for building its brand identity upon wordplay with their name - Lamb. Sheep images featured prominently in the company’s advertising and marketing.

Lamb & Co claimed that there was no ambiguity with the use of “flock” and that it was seen alongside other sheep references such as “baa-rilliant”. The company told the ASA that it believed the tone in which the word “flock” was used had a positive emphasis, and conveyed humour and cheekiness, rather than a negative or derogatory tone associated with expletives.

The agency also claimed that it seemed unlikely to assume that a child would understand that the word “f***” had been substituted for the word “flock”.

The agency also said it had carried out consumer research amongst the children of staff to understand how the average child would interpret the word “flock” in the phrase. The agency said that none of the children surveyed, apart from one who was aged 17, recognised that it alluded to an expletive. It also said that the ad had been popular amongst children and family audiences, and as a result of community feedback, they had run a social media competition for children to name the sheep.

The ASA, however, was unconvinced.

It acknowledged that the word “flock” was relevant to the brand identity of Lamb but stated that many people would associate the word with an expletive which was so likely to offend that it should not generally be used or alluded to in advertising, regardless of whether it was used in a playful manner.

An ASA statement this morning adds: “We understood that the poster was situated at an entrance to a retail park where it was likely to be seen by people of all ages, including children. We considered the image of a sheep with its tongue sticking out was one which would likely have appeal to children. Whilst we recognised that the ad may have been popular with some family audiences and children, we considered it likely that parents would want their children to avoid the word, or obvious allusions to it.

“For those reasons we concluded that the allusion to the word “f***” in ads with a general adult audience was likely to cause serious offence, and that it was irresponsible for them to appear where children could see them.”

A developer offering a rent guarantee on its homes has amended...

Ad claimed flat was a minute from London Bridge when it was 10 minutes ...

The Advertising Standards Authority has stepped in following a complaint about...

An estate agency in Bournemouth has amended an advertisement after a...

The Advertising Standards Authority has praised a letting agency after it...