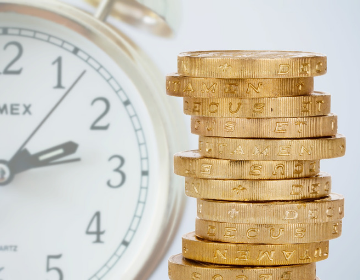 Agents have reacted with amazement to the latest delay that the Labour-run Welsh Government has announced for its much-hyped rental reform.

The reform - which was to come into effect in mid July - has been described as the biggest change to housing law in Wales for decades. It’s now been pushed back until December 1.

Daryl McIntosh, Propertymark’s policy manager for the UK Devolved Nations, says: “This delay has come completely out of the blue. We understand that this is a huge piece of legislation that fundamentally changes the entire rented sector in Wales, but what is taking so long?

“Royal Assent was granted six years ago and the Welsh Government still hasn’t published all of the regulations.

“With hindsight the five-month delay probably shouldn’t come a surprise, and will give our member agents and their landlords, and the rest of the rented sector, some additional time to understand and implement the changes.

“We urge Ministers to get on with publishing the remaining regulations within their original timeframe of June and July to ensure there is sufficient lead-in time and to avoid any further delays and uncertainty.”

The measure includes an increase in the notice landlords must give when issuing evictions and protection for tenants from evictions for a minimum of 12 months after signing a contract.

Under the new rules all landlords will be required to provide a written copy of the occupation contract to the tenant, setting out the rights and responsibilities of both parties; there will be a strengthened duty on landlords to ensure the property is fit for human habitation, including the installation of smoke alarms and regular electrical safety testing; and the introduction of a consistent approach to eviction where antisocial behaviour and domestic violence occurs.

It is the huge complexity of these changes that has triggered the latest delay.

It is the huge complexity of these changes that has triggered the latest delay.

A statement from the Welsh housing minister Julie James says: “I have over recent months received representations from landlords, and particularly social landlords, who have requested that implementation of the Act be delayed.

“As such, and in the light of the unprecedented pressures they face, including Covid recovery and supporting those who are fleeing the war in Ukraine, I have decided to postpone implementation of the Act until 1st December 2022.  This will allow more time for landlords to complete the necessary preparations ahead of implementation.

“Wholesale reform of the type that the Renting Homes (Wales) Act is bringing about happens only very rarely - perhaps once in a generation.  I want to do all I can to ensure landlords have adequate time to make the necessary preparations to comply with the requirements of the Act.

“I appreciate that this delay, relatively short though it is, will be a source of frustration to some of our partners, especially those who are anxious to see the enhanced protections for tenants the Act will deliver.

“I share those frustrations, but I recognise that preparing new occupation contracts and ensuring that properties meet the fitness standards set out in the legislation are major undertakings, particularly for those landlords responsible for a large number of properties and tenants.

“I also accept that landlords from both private and public sectors, as well as letting agents and other stakeholders, would benefit from additional time to familiarise themselves with the various pieces of subordinate legislation – the final tranche of which are due to be made in July – before commencement.

“I fully acknowledge the disruption that moving from the old familiar system to a brand new legislative framework is causing for landlords across Wales, particularly in a period where we are still having to deal with the aftershocks of the pandemic and where we are doing all we can to welcome to Wales people fleeing the conflict in Ukraine.

"I am, though, absolutely certain that that this reform will bring huge long-term benefits to landlords and to those renting their homes.”

While the Westminster government has extended its version of the eviction...

Arrears: Loans for tenants with debts because of Covid ...

The Welsh Government has launched a new Tenancy Saver Loans scheme to...

The lettings industry has hit out at the Welsh Government’s proposals...