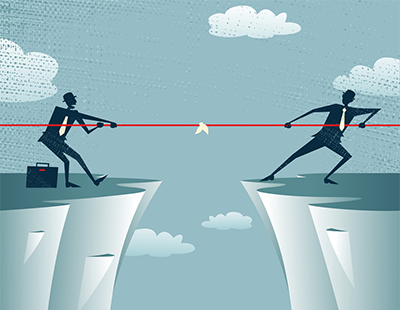 A leading light in the Generation Rent group is disputing the findings of a Propertymark survey of letting agents.

Agents from businesses with a total of over 4,000 branches were questioned with results that should have been regarded as worrying for renters.

The number of properties available to rent has been diminishing with a large portion of landlords choosing to sell their properties, citing the increased risks of buy to let investment, as well as much greater red tape and higher taxation.

The data shows the number of properties available to rent through letting agents halved between March 2019 and March 2022 - over 90 per cent said their reason for withdrawing from the rental market was to sell.

However the deputy director of Generation Rent - Dan Wilson Craw - disputed the findings produced from 4,000 agency branches. He says it’s not a shortage of rental properties prompted by sell offs that has triggered rent rises and a difficulty in tenants finding accommodation.

“Rents are rising and would-be tenants face bidding wars or demands for multiple months' rent up-front. That is a result of large numbers of people moving back to cities since summer 2021 as universities and offices reopened, putting a strain on homes coming to market. We're seeing similar rent inflation in the US and Australia” he claims.

“When landlords sell up, their properties don’t disappear. They continue to be lived in, either by tenants of the new owner, or by an owner-occupier whose old home is now available for a private renter to buy. Supply and demand stay the same so rents are unaffected.

“Reforms to the rental market are necessary to give private tenants better quality, longer term homes. The government has said that landlords will be able to evict in order to sell or move in – though we believe these grounds should come with protections against abuse. If some landlords are unhappy with that, they won’t be missed.

“Government plans aside, rents are too expensive, so we need to build more of every tenure in the places people want to live, to make sure everyone can afford a home.”

The fierce competition in the lettings market in parts of London...