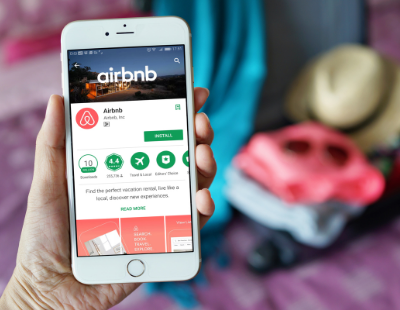 Some £668m of that was over the summer quarter of June to August 2021 inclusive, with the typical host earning just over £6,000.

The figures come in a rather surprising statement by the platform, revealing what it claims to be the most popular destinations for Airbnb guests when it comes to UK seaside locations.

In the lead is Hornsea, in the East Riding of Yorkshire, while what Airbnb calls “hidden gems in the North West of the country” - including Fleetwood and Formby - are also popular. ,

Airbnb’s Northern European general manager Amanda Cupples says: “We’re continuing to see the resurgence of the Great British seaside holiday with Brits seeking coastal resorts and in particular, lesser-known destinations in all corners of the country.

“Beyond providing British holidaymakers the opportunity to discover up-and-coming destinations across the UK this summer, Hosts on Airbnb are creating valuable income streams for themselves and their communities. Now is a great time for anyone curious about Hosting to offer a home away from home and take advantage of the bustling summer months to make some extra income.”

We do like to be beside the seaside! Landlords snub tenants for holiday lets ...

Rental stock has dropped as landlords seek to profit from the...

Is holiday letting becoming the new buy to let? ...

A holiday lettings company says it’s seen a 23 per cent...

Are London renters looking to flee the city post-pandemic? ...

Some 60% of London office workers who rent in the capital...