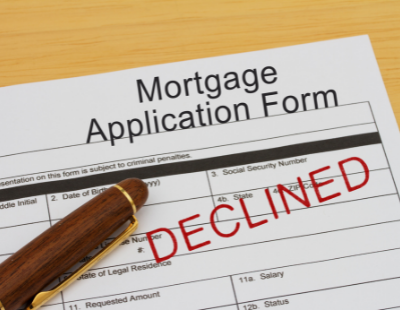 A building society which has taken the unprecedented step of stopping lending on second homes has been sharply criticised by a leading lettings agent.

Over the weekend the Leeds Building Society announced that while it would still offer buy to let mortgages it would not - with immediate effect - offer loans for other additional properties. Instead it says it will focus on other sectors, such as affordable housing and help for first-time buyers, to help fulfil its purpose to put home ownership within reach of more people.

The news has been slammed by David Alexander, chief executive of DJ Alexander - part of the Lomond Group which is the largest lettings agency in Scotland - who says lenders intervening in the housing market for social, moral, or societal reasons were operating beyond their remit.

Alexander says the society’s stated reason that second homes are one of the causes of housing shortages in the UK is, at best, disingenuous and, at worst, inaccurate.

He says reports from both the Westminster and Welsh governments have found only inconclusive evidence of the impact of holiday or second homes on affordability and the wider housing market.

“The Leeds Building Society have made a bold statement by refusing to lend to second home buyers, but you would have to question whether it is their role to intervene in the housing market in this way. The notion that not lending to second homeowners will allow more people to join the housing market does not really make sense unless they hope that prices will fall as a result of their intervention.

“This is extremely unlikely as the popular tourist destinations where this is a major issue are unlikely to be impacted by this change in policy. They will remain popular as long as people want to live there, and they will find other companies willing to lend to facilitate this.

“St. Ives, which has a restriction on second homeowners, has seen prices increase by 26 per cent since the policy was introduced in 2016. Indeed, both the Westminster and Welsh reports found that interventions rarely produced a tangible difference.”

Alexander says he is concerned at where this new ‘moral purpose’ will end.

He concludes: “Will banks refuse to lend for car purchases or holidays because of the impact of these purchases on the climate? Or should they not fund smokers and those with an unhealthy lifestyle who will ultimate produce greater strain on the NHS? These are not decisions for financial institutions and will make no difference to the market.

“At the heart of this issue is supply and demand. Supply has not kept up with demand, so prices have risen, and affordability has become more difficult. Increase the supply of housing in popular areas and you will soon see prices level off and even reduce making more homes affordable to a wider range of people. Intervening in the market always has unforeseen consequences and should not be the function of lenders but left to policymakers.”

In a trading statement at the end of last week, Leeds Building Society chief executive Richard Fearon said: “We’ve taken this decision after a great deal of thought as we don’t believe support for second homes is compatible with our purpose to put home ownership within reach of more people.

“Second homes reduce the number of properties available for people to live in at a time when there’s a wide consensus that housing supply in the UK is inadequate to meet demand and needs to be increased."

Another buy to let lender introduces stiffer criteria for investors ...

The Leeds Building Society is the latest buy to let mortgage...

Tenant-power on the rise as landlords reveal willingness to cut rent ...

The power held by tenants is growing across the UK, as...