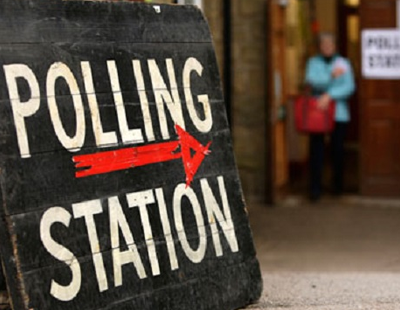 With another hung parliament looking increasingly likely, the so-called ‘challenger parties’ look set to have a major say in who forms the next government. We’ve heard where the Conservatives and Labour stand on housing, but what do the other parties’ manifestos say?

“Affordable homes for all” is the Lib Dems’ slogan when it comes to housing. The party are keen to tackle Britain’s housing shortage, arguing that the country has failed to build enough new homes for decades.

Building an ambitious 300,000 new houses a year - built to the Zero Carbon Standard.

New Rent to Own homes – where monthly payments gradually buy you a stake in the home you’re renting.

Like Labour, the Lib Dems will implement a mansion tax on properties worth £2m and above.

The SNP look set to play a key role in any discussions after May 7, with predictions of a Labour wipeout in Scotland leading to some sort of post-election pact between Ed Miliband and Nicola Sturgeon to form a new coalition. They are currently the largest party in Scotland and the number of MPs they have in the House of Commons is predicted to rise substantially from the six they have at the moment.

Pledge to build 30,000 new homes by the end of the Holyrood parliament.

Abolition of the right to buy social housing.

The Greens, who could also have a significant involvement in deciding who the next prime minister is, have three main aims when it comes to housing: to make sure that everyone has affordable and sustainable housing tailored to their needs, to ensure that housing encourages community life, and (unsurprisingly) to diminish the impact housing has on the environment.

Scrapping Right to Buy and the coalition’s Help to Buy scheme.

Establishment of a living rent commission - to discuss ways in which rents can be brought back in line with incomes.

Abolition of the bedroom tax.

The controversial far-right party has seen a big rise in its popularity since the last election, with a few high-profile defections from the Conservatives. However, they are very unlikely to enter a coalition with anyone other than the Tories, which could limit their chances of having too much involvement in the next government.

Aim to protect the Green Belt by making it easier for developers to build on brownfield instead of greenfield sites.

A UK Brownfield Agency would be set-up to hand out grants, tax breaks and low interest loans.

Any major planning developments would have to be ratified by a local referendum.

The Welsh political party are unlikely to have much influence in any post-election deals, although they could be part of a left-wing movement – along with the Greens and the SNP – to see Ed Miliband into No 10. Plaid wants to help reduce the costs of rent and house prices in the medium term by making more affordable housing available.

Extending the HomeBuy scheme to allow first-time buyers onto the property ladder.

In the run up to the election rental website Spareroom.co.uk has put together a series of short films tackling the housing debate with questions answered by Emma Reynolds of the Labour Party, Tory MP Bob Neil, UKIP’s Andrew Charalambous, Tim Farron of the Liberal Democrats and the Green Party’s Tom Chance. Here are three of the videos, focusing on letting agent fees, rent controls and affordable housing supply: