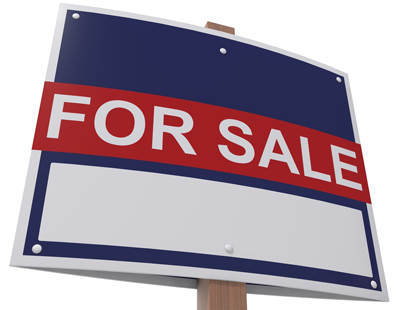 This publication recently reported on Russell Quirk's latest attempt to upset the establishment, this time by attacking the hallowed ground of the sole agency agreement. Russell has quite correctly concluded that sole agency agreements are anti-consumer and that they may well breach the current Consumer Protection Regulations.

However, the contentious history of sole agency agreements goes way back and at its heart is the strange relationship that agents have traditionally had with their seller clients.

When I founded Choices in 1989 I was convinced that the relationship between agents and vendors was broken, I even wrote a report about it in the 90s. I especially like this passage:

'The law has done much to make things even trickier than they need to be. In ‘The Estate Agents Handbook’ published by Franey & Co Ltd in 1993 we find the following revealing extract.

“Somewhat surprisingly, when a property is placed on the market for sale and instructions given to an estate agent to assist in finding a prospective buyer, there is no general duty in law on the estate agent to take any particular steps to find a buyer.

…in general, unless the agency contract actually requires the estate agent to use his ‘best endeavours’ to arrange a sale, he is not liable for lethargy. This traditional type of estate agency contract is not one of employment: it is a one-sided obligation and only creates a ‘take it or leave it’ or ‘unilateral contract’.

‘No obligation is imposed on the estate agent to do anything,’ said Lord Russell in Luxor (Eastbourne) Ltd v. Cooper {1941}. Lord Romer added: ‘(The agent was) not employed to do anything at all, and would have committed no breach of his agreement… had he remained entirely inactive.' Read the full report here.

'Entirely inactive', the legal basis for an agency agreement that can in many cases require a vendor to commit to 20 weeks or more of exclusive marketing, little wonder then that many a seller have had cause to challenge this seemingly unfair one-sided arrangement.

However, there is a not so subtle irony in this tale, one which is quite familiar when it comes to the actions of the regulators who seem to be feted with the uncanny ability to bring about that which they are seeking to stop. In this respect, sole agencies are a great case in point.

Historically speaking, sole agencies were so unpopular during the 80s housing boom that by the end of the decade they had virtually died out. So much so that to insist on one had, in many cases, become commercial suicide.

Then along came consumers’ rescue in the form of the misguided 1991 Estate Agency orders- which survive to this day. Part of these orders dealt with sole agency agreements and in an attempt to finally consign them to the dustbin of history, these orders spelt out an onerous clause which thenceforth had to be used if such an agreement was to be valid.

What actually happened was that instead of being the intended final nail in the coffin of sole agency agreements, this definition was seized upon by wily estate agents, who not only reintroduced these nearly defunct and largely unenforceable agreements, they turned them into standard industry practice. 'I’m so sorry Mr and Mrs Vendor, we have to use these agreements. It's the Law, after all!’

Like a lot of others before me, my reason for becoming an agent in the first place was partly driven by the appalling experiences I had had as a buyer and a seller. I can honestly say that I never came across an estate agent that didn't irritate and annoy me with their supercilious attitude, lack of empathy and general ineptitude. Now I'm not saying there were not good agents out there, just that I didn't meet one.

Given my background was financial services it seemed like a very complimentary proposition to start my own agency. Before I did so, I felt I needed to mend what I saw as the broken relationship between agent and seller and to deal with the sole agency agreement which to me was the heart of the problem.

But hold on a minute, there is always a yin and a yang and let's face it, Mr and Mrs Joe Public aren't exactly innocent themselves. They have been known to tell the odd lie and to be notoriously unreliable to boot. Maybe the sole agency agreement was simply a way for agents to protect themselves?

After all, it is true that with no sale no fee, there is no commitment by the vendor and how many times has a vendor changed their mind at the last minute, pulled out of a sale, let everyone down, wasted everyone's time and paid nothing? Countless times, that's how many.

Rant over, as the dust settles the uncomfortable thought surfaces that two wrongs don't make a right.

What sole agency agreements actually do is punish serious honest vendors for the indiscretions of dishonest time wasters, serious sellers that end up covering their costs and end up locked into a one-sided and onerous sole agency agreement - an ironic and unfair outcome.

So, what I did was to come up with a proposition that appealed only to the serious seller and in return provided a much more equable arrangement for both parties. I even had a formula for this arrangement which was: Commitment + Incentive = Effectiveness.

Translated into practical language, the seller would pay an upfront fee (£250 back then) which would entitle them to a reduced commission on sale (started at 1/2% and became 1% very soon after).

We actually took several thousands of instructions using this method right up to 1995 when I reluctantly accepted that reduced sales volumes and general discounting had made it too hard to operate, a decision I even now occasionally regret.

My antipathy towards sole agency agreements continued and I therefore offered a 'Total Freedom Guarantee' for many years, taking all the commercial risk upon our business, but that is another story.

As far as sole agency agreements are concerned, though, I campaigned relentlessly against them for many years. This culminated in a Prime Minister’s petition which garnered enough support to provoke an official response and may well have led to the implementation of the current cooling off rules. So if you ever wondered who to blame, wonder no more!

I have not shown much interest in the subject for many years and perhaps age and experience has eroded my idealism somewhat and left in its place a slightly more cynical pragmatism. As I have said, if you would like an insight into my previous zeal please take a look at my special marketing report 'How To Choose an Estate Agent', it's riveting stuff, I promise.

Nevertheless, the latest attempt by Russell Quirk to gain the limelight has reawakened these ancient feelings and has made me feel that perhaps the days of these unfair agreements that have tainted our industry for so long are finally numbered, I hope that they are.