By Rob Hailstone
< Back 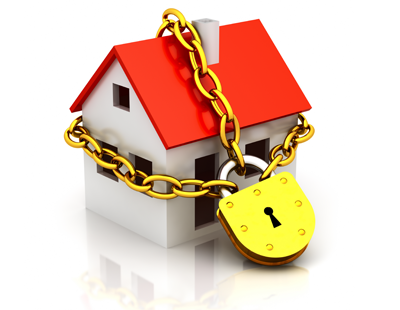 In my recent article, ‘Is Gazeal for Real?’ I reported on the imminent launch of this new product that claimed it would bind buyer and seller on offer and so do away with Gazumping. Happy days!

Gazeal’s MD and founder, Duncan Samuel had kindly sent me the contractual, insurance and regulatory documentation so we could have an informed discussion about the product on Radio 4’s “You and Yours”.  However, the two minutes of air time we were given was not enough.

A recent meeting with Duncan gave me my first opportunity to cross examine him about the process.

In all honesty, this appears to be a well thought out attempt to address a serious problem, designed by someone with long experience of dealing with all of the parties involved. I have been told, and as far as I can see, it is SRA, CLC, NAEA, TPO, RICS and FCA compliant.

The Gazeal product is a lock-out agreement backed by Title Indemnity Insurance with a lot of tech added on.  What is different is that the agreement is made between three parties:

The seller agrees to sell and the buyer agrees to buy on confirmation from Gazeal Ltd that the Title is good and marketable.

Gazeal does not change any aspect of the conveyancing process and relies on the buyer’s solicitor to confirm that the title meets the objective standards set out in the “All Risks” policy.

The “All Risks” policy is underwritten by Dual Corporate Risks and is issued on completion.This allows Gazeal to put a binding agreement in place far earlier than a normal exchange, because it is conditional only on the third party judgement.

It is early days for Gazeal, so there are still unanswered questions. I am not convinced that all buyers and sellers will want to be bound on offer – Duncan would reply that at some point parties want to commit, even if not on offer, and currently there is inevitably a gap between that point and the deal being binding. It is this gap that they are looking to eliminate and their fee of £250 is a relatively low cost for a client to pay for this - time will tell how commercially attractive it is.

Despite the fact that this early version is only aimed at funded buyers and chain free sellers, agents have apparently reported that it is a great aid to getting listings (particularly as the seller pays nothing until completion and then only if he they have used the Gazeal service) and is a very powerful product for New Build and investment properties. Although it is currently of limited applicability to the whole market, Duncan tells me that they will addressing these issues in future enhancements and has promised to give me a pre-launch viewing.

To use Gazeal, agents sign a licence agreement and undergo short training on the system, but this is done remotely, and there is no cost involved. Agents will receive a commission of £100 per transaction.

Interested conveyancers will need to be on Gazeal’s panel because they need to be familiar with the Gazeal Agreement to advise clients before then enter into it (Gazeal provide Conveyancers with a template letter of advice that they can use or amend as they think fit). They will also undergo simple systems training, provide Gazeal with their fees matrix so Gazeal can capture instructions for them online, and enter into a very limited retainer with Gazeal – but there is no charge to be on the panel and Gazeal do not take any transaction fee - so there is no cost.

If you have ever dealt with a short chain, new builds, auction properties and cash buyers, Gazeal is worth a look at by both estate agents and solicitors/conveyancers.

*Rob Hailstone is the founder of the Bold Legal Group

The Conveyancing Association (CA) has embarked on a mission to engage...