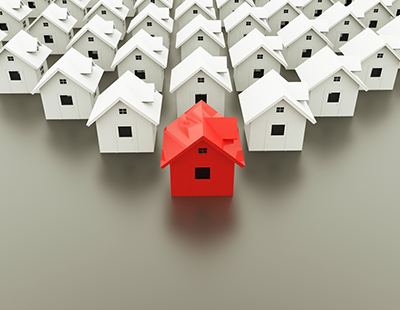 An interesting point of view from a young sales negotiator working for Spicerhaart, whose chief executive Paul Smith recently wrote an impassioned defence of OnTheMarket. This article is published anonymously, providing an interesting counterpoint in the debate.

I have recently been working for Spicerhaart as a negotiator. As someone on the 'shop floor' I have followed the OTM debate with interest. Partly as a result of its support for OTM I have decided to leave the company and in so doing I feel motivated to make a number of points on the OTM vs Zoopla vs Rightmove fight for share of the online property market.

The first point I will make relates to the fight for the primary search results, my argument is that to win in the online property market, you first need to win on Google.

Try a generic property search of Google, Bing, Yahoo, or any other search engine you can think of. The phrase I searched for was “3 bedroom semi-detached house for sale in London”. I found OTM at the bottom of the second page. OTM was beaten by the likes of Gumtree, as well as individual estate agents, and Primelocation.

My next point is about OTM's exclusivity rule. It is my view that the exclusivity rule has totally missed the point as to how Zoopla and Rightmove rose to power in the property market. They rose up by serving the needs of, and working in the interest of the buyers and sellers, the people that drive the market, not the middle men who make a living from it.

This whole idea of Agents' Mutual only allowing those estate agents that have high street offices to advertise on OTM is completely against the internet age. In the 21st Century being on the internet is vital to improving and growing your business. Whether you like it or not, in the next few years online estate agents will have quite a large share of the market because they can provide such a cheap service, compared to the high street agent who has to charge to cover their overheads.

As it stands online agents have a 5% share of the market and in the next 5 to 10 years I, and many others, expect this to grow to between 20 to 25%. This is a massive part of the market that OTM is closing its doors to which will go straight to Rightmove and Zoopla.

My next point is about marketing and brand awareness. From launch, OTM had £8m earmarked for their marketing campaign for the first year. Roughly half of this was spent on their launch. This figure is similar to what Rightmove spent last year, but pales in comparison to the £20m Zoopla spent increasing brand awareness.

Rightmove has no need to spend many millions on its advertising, because it is now a household name. OTM needs to be spending a hell of a lot more than Rightmove, and maybe even more than what Zoopla if it is to stand any chance of achieving significant brand awareness.

My final point relates to web traffic. Recent Hit-wise figures suggest that OTM requires 3 weeks to get as many visits as Zoopla achieves in less than a day and yet Ian Springett has confidently predicted OTM will overhaul Zoopla by the end of the year!

Anyone with a brain and a small amount of property industry knowledge will be able to see that the entire structure, business model, and setup of OnTheMarket is one that, categorically, will not work in the 21st Century property market.

In my view it will not be long before OTM goes down the same route as Globrix, either merging or being bought out by another portal, or shutting down altogether when all but the agents who signed on for 5 year contracts leave and return to Zoopla and Rightmove.

All of these points are having a devastating effect on those agents that have dropped one of the two stronger portals in favour of a portal that cannot deliver on its promises.

As an estate agent myself it is clear just how few leads come from OTM, in comparison to the thousands of leads we receive from Rightmove. The leads generated from OTM are well below 10% of the number of leads we were receiving from Zoopla last year.

Contrary to what some estate agents seem to think, vendors are not stupid. They are being made to see the disadvantage they suffer when they instruct an OTM agent by non-OTM competitors. As more and more people become aware of this, more vendors will choose to sign on with those agents that stayed with those proven portals, leaving OTM agents with a much smaller market share.

After working for one of the biggest OTM agents, Spicerhaart, I personally will not work for another agent that utilises OTM. In my mind, belonging to OTM casts doubt on the judgement of those at the top of these companies.

To make a decision to leave one of two very powerful portals, in exchange for one that was never going to deliver on its promises, makes me wonder whether we should be trusting the judgment of leaders who seem to be blindly following an ill-fated initiative spearheaded by Knight Frank and Savills without consideration for the needs of a 21st Century estate agency.

*If you want to offer an alternative view to this one, or would like your views published on another industry topic please get in touch on press@estateagenttoday.co.uk