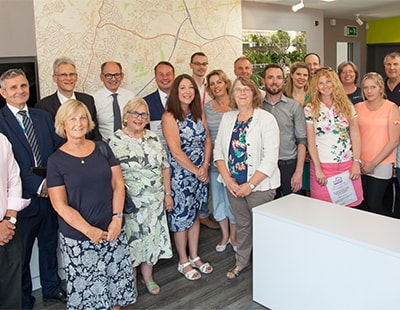 Bristol council is resuscitating a so-called ‘rental standard’ which it expects local letting agents to meet.

Back in January 2016 Letting Agent Today reported on the creation of a West of England Rental Standard by Bristol and nearby local authorities. Now, 18 months later, it is being relaunched as ‘Rent With Confidence’.

This is now a voluntary scheme that aims to protect tenants by setting out a benchmark for landlords and letting agents in the private rented sector; it has been launched following meetings between representatives from landlord, agents and tenant bodies.

Participants include ACORN, a Bristol activists’ group which in the past has held protests outside letting agents’ offices in the city.

The current version of the scheme includes a section on tenant responsibilities and new incentives for accredited landlords. Seven organisations have so far been approved and their accredited agents and landlords will be able to use the scheme logo and marketing material.

The scheme is run by Bristol council in conjunction with Bath and North East Somerset, North Somerset and South Gloucestershire councils and is also backed by the authority in Plymouth.

The announcement from Bristol council includes a quote from Nick Ballard, ACORN’s organiser in the city, who says: “It will introduce protection from revenge evictions and from exploitative and insecure short-term contracts and limit rent increases at a time when rents in Bristol continue to rise alongside and tenants continue to suffer from the effects. ACORN is proud to have influenced these changes.”

Anti-agent group to protest in 10 or more cities this weekend ...

The anti-letting agent group ACORN is to stage protests in 10...

A campaign group that has held protests outside letting agents’ branches...