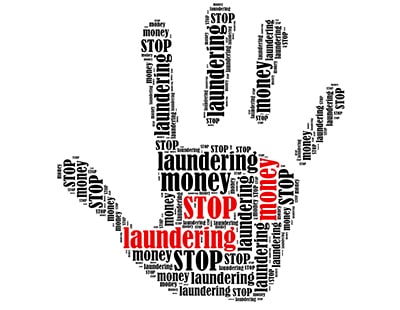 A leading lettings industry expert is warning agents not to forget the imminent changes to Anti-Money Laundering rules coming into force next month.

Neil Cobbold, chief operating officer of automated payment system PayProp UK, says that while next week’s General Election may have distracted the industry, it’s the AML rule changes that may require the most urgent attention, coming into force on January 10.

For the first time, letting agents will explicitly fall under the scope of AML rules and Cobbold warns that with just a few weeks to go before the Fifth Directive comes into force, they must act now to avoid falling foul of the law.

The new rules will require letting agencies to carry out checks on landlords and tenants involved in rental transactions of €10,000 or more per month - equivalent to approximately £8,500.

The Treasury has not yet published legislation to merge the Fifth Directive into UK law. However, during a formal consultation, MPs considered whether this threshold should be lowered and even whether self-managing landlords should also be covered by the new rules.

"While the Fifth Directive may not affect all letting agencies, those which are impacted will be required to take on significant additional work" warns Cobbold.

"Given that we do not yet know how high the threshold will be set, estate and letting agents of all sizes should stay informed about their potential obligations under AML rules. As well as carrying out necessary checks on landlords and tenants, letting agents will need to consider Politically Exposed Persons.

"Letting agents are also likely to have to register with HMRC for supervision, although the government is considering allowing industry bodies to supervise. This regulation will most likely affect both high-end letting firms and agencies with landlords that let multiple properties. It's important that all firms are clear on whether their current transactions come under the scope of the new rules - and on what is required should they need to make checks on high-value transactions in the future" he adds.

Cobbold believes that even if the some letting agencies do not fall under the new AML regulations, they could be affected in future.

"The evidence shows that AML regulation is only getting tighter and could eventually cover all lettings and sales agents. After a gap of almost 10 years between the Third and Fourth Directives, there has only been a period of just over two years before the implementation of the Fifth Directive. Therefore, agents should be aware that further legislation could appear sooner rather than later” he cautions.

He says that specifically, agencies should review their due diligence processes and ensure staff are aware of the checks they will have to conduct.

"It could also be beneficial to look at payment systems and consider ways in which automation can make compliance processes more efficient and less prone to human error" he concludes.