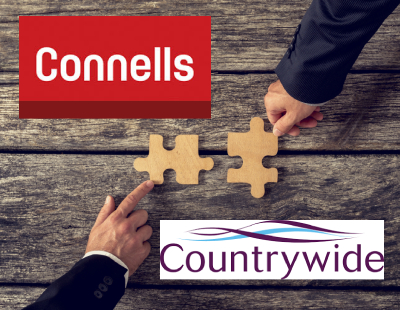 Connells has made it clear that the innovation and technology it has put into lettings are key to identifying the approach it will take to running Countrywide’s operations when its acquisition is completed.

On New Year’s Eve, Connells revealed that its offer for Countrywide had been accepted and that the acquisition would be completed in the first few months of 2021.

When describing its credentials for taking over Countrywide, much emphasis was made by Connells of the importance of keeping what it calls “a well-invested high street branch network, coupled with a diversified brand portfolio.”

It has subsequently made clear that it sees little likelihood of branch closures of the Countrywide network when the firms fully integrate later this year. Many Countrywide branches have in any case already been culled in the past three years.

And Connells says it will continue to be what it describes as “a driver of innovation” and cites its early investment in the likes of lettings repair service Fixflo and rental deposit alternative company Zero Deposits.

“Its investments have allowed Connells to offer an increasingly attractive proposition to customers, while generating long term resources to further invest in its core businesses” says the company.

Connells - a subsidiary of the Skipton Building Society - currently has around 600 branches across the UK, most of which operate lettings services as well as sales.

It was one of the first agencies to try - and then abandon - an online experiment; it closed its Hatched online agency in 2018, insisting it could never make a profit and claiming the public made it clear they wanted more traditional agency models.

The Big Debate: Online versus Traditional Agency - we want your questions ...

One of the industry debates of the year will be held...