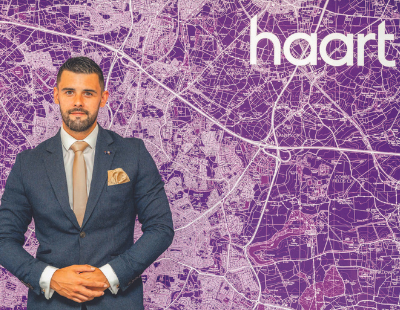 A former agent who was most recently a car salesman has been named as Spicerhaart’s first home-based lettings partner.

Marc West will be home based but responsible for lettings in Nuneaton, supported by a Coventry Property Centre.

His appointment signals the start of a £30m investment programme in lettings announced by the firm earlier this year.

West, who previously worked for haart for seven years before spending time as a car salesman, says: “It’s absolutely brilliant to be back and I’m delighted to be the pioneer for this scheme and setting the blueprint for lettings partnerships.

“I’ve already been out door knocking, leaflet dropping and making videos as social media is the key, and I’ve quickly become fourth market share new listings and third for new lets in my area within two months.

haart lettings area director Andy Townsend adds: “The business is changing and evolving massively and we’re thrilled that Marc has returned and is starting this journey for the group. He’s done a phenomenal job in such a short time already.”

The company's £30m programme aims to more than double the number of properties let over the next five years and involves the appointment of some 130 ‘Partners’ - home-based letting agents - over the next three years.

Spicerhaart says these home-based agents will be “fully employed by the company and supported by a larger property centre and branch network.”

Managing director Satwant Basi says: “These are incredibly exciting times for Spicerhaart Lettings as we realise our ambition to be the number one lettings agent in the UK.

Loveitts Estate Agents says it is “extending its reach” with the...