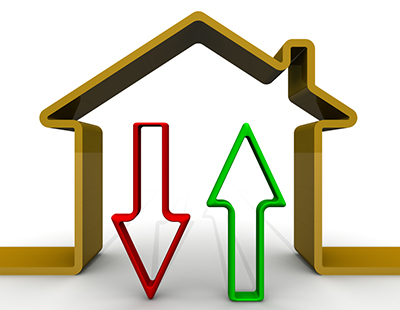 The Home website has produced its latest rental market snapshot - and once again London is the odd region out compared with the rest of the UK.

Home says: “Rents continue to collapse in the Greater London lettings market due to the worsening supply glut, down 17.8 per cent year-on-year, while several central boroughs register reductions in average rent greater than 20 per cent.

“Contrastingly, acute scarcity of available rental property is evident in all other English regions, Scotland and Wales, thereby driving up rents.

“By way of example, 40 per cent fewer rental properties in the South West entered the market last month compared to a year ago.”

Home adds that largest annualised average rent hikes are in the North West (up 11.1 per cent) and the South West (up 12.6 per cent).

Home goes on to say: “The capital’s lettings market remains overwhelmed by supply pushing the mix-adjusted average rent down nearly 18 per cent year-on-year, whilst in almost all other areas of the UK rents are soaring due to lack of inventory and high demand.

“For many London owners, letting out their property at the new lower rent levels will not be economically viable even if they can find a tenant. However, as we suggested last month, for the rest of the UK, it is not only a potentially lucrative option (in non-urban areas) but may well be considered preferable to selling a hard asset in an uncertain economy and serves to explain the lack of new instructions.”

New figure revealed for rent increases as every region shows a rise ...

Another index is showing that a scarcity of rental properties has...

Home, the property website that publishes an authoritative market snapshot for...

Agency says enquiries and tenancies up but rents are falling ...

The number of prospective new tenants in the Home Counties over...

Huge rent rises in London should be no surprise, says market monitor ...

Greater London rents have risen an average of four per cent...