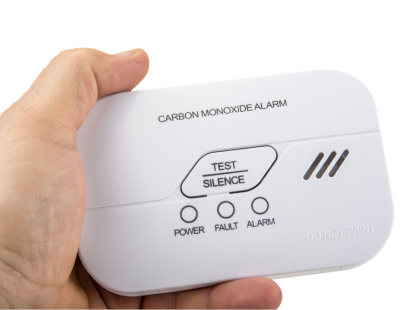 Trade body UKALA has cautioned letting agents to act now following the government announcement that it intends to extend the need for carbon monoxide alarms.

It is thought that the government will legislate so that carbon monoxide alarms are fitted in all rental properties in England with fixed combustion appliances.

Previously the requirement only applied to solid fuel appliances.

Social housing will also be brought into scope for the first time, potentially putting further pressure on the supply chain.

Tim Clark, chairman of United Kingdom Association of Letting Agents says: “We welcome the new regulations, which will help to bring down carbon monoxide casualties and fatalities. However, there is a history of new legislation resulting in fairly chaotic rushes to comply.

“The number of properties affected has the potential to cause supply chain issues. We urge agents and landlords to act now to avoid the difficulty of having to source large numbers of alarms between the law being passed and coming into force.”

The proposed regulation changes for England, which the government says will be passed as soon as legislative time allows, will also require carbon monoxide alarms to be fitted when new appliances, such as gas boilers or fires are installed in any home.

Additionally all landlords in social and private rented sectors will be required to repair or replace smoke and carbon monoxide alarms once reported as faulty.

The reforms follow a three month consultation and changes will be brought forward through the Smoke and Carbon Monoxide Alarm (England) Regulations 2015 and the statutory guidance (Approved Document J) supporting Part J of the Building Regulations.

Junior housing minister Eddie Hughes says: “It is fundamentally right for people to feel safe in their own homes – an issue I’ve advocated for many years.

“Around 20 people are killed each year in accidental carbon monoxide poisoning, and many more through house fires – but we know that simple interventions can stop these needless deaths.

“I’m proud that the new rules being proposed will ensure even more homes are fitted with life-saving alarms. Whether you own your home, are privately renting or in social housing – everyone deserves to feel safe and this is an incredibly important step in protecting those at risk.”

A prominent agency lettings chief is alerting the industry that new smoke...